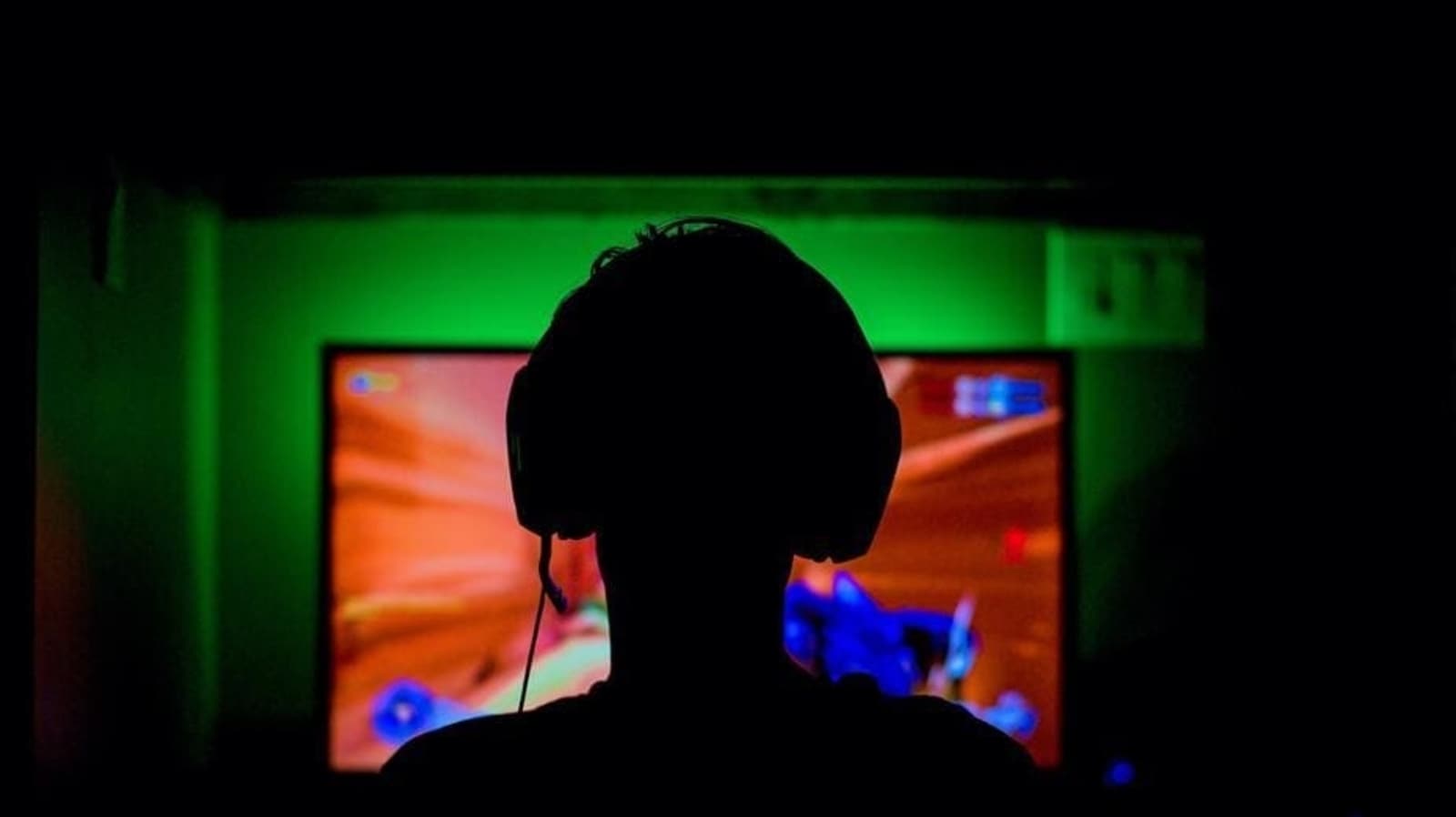 Resource-intensive hardware and the energy used by an increasingly popular hobby are beginning to gain the attention of climate experts.

Few people regularly think about the carbon footprint of their smartphone. Understandably: An iPhone 14, for example, generates about 61kg of carbon over its lifetime, the equivalent of a single trip from Washington DC to Philadelphia. But apply that to the 237 million iPhones Apple shipped in 2021, and those emissions add up to 15 million metric tons, five times more than Washington DC’s annual fossil fuel emissions. Like so many aspects of our daily lives, from cheeseburgers to cars to new clothes, scale is the difference between a negligible climate cost and a noticeable climate footprint.

Video games also have a little-discussed but growing problem of scale. While the amount of electricity used by a single gamer is small, roughly 40% of the world’s population, more than 3 billion people, now play video games of some sort, many for several hours a day. The proliferation of gaming hardware, which relies on dwindling materials and complex supply chains, as well as the energy required to power an increasingly popular hobby, is beginning to gain the attention of climate experts. With the world on track to add 600 million more gamers by 2027, addressing those challenges now could be an important step in the industry’s quest to go greener.

“The emissions per hour of play are not that many, but collectively they are,” says Mike Hazas, a professor specializing in sustainability and digital technology at Uppsala University in Sweden.

Some 60 years after the debut of the world’s first video game, rudimentary tennis played on an oscilloscope screen, gaming has become a global business worth $214 billion. With that growth comes greater environmental impact. The climate footprint of video games begins with the tens of millions of consoles, cartridges, and discs manufactured each year and shipped around the world. Many consoles, like other electronic devices, make extensive use of plastic, silicon, and mined materials such as coltan and nickel.

Sony’s PlayStation 4, for example, is one of the most popular gaming consoles in the world, having sold more than 117 million units since its debut in 2013. According to 2019 research from the University of Cambridge, making a PS4 and shipping it from China to the UK emits 89 kilograms of carbon dioxide, a figure that includes everything from metal mining to manufacturing to shipping. That’s similar to the emissions from producing a barrel of crude oil in the US.

Once a console reaches its destination, the games themselves can consume a lot of power, although quantifying the associated emissions is tricky: they vary widely by console, game, and system configuration. In one of the few attempts to assess the climate cost of video games, a 2019 peer-reviewed study estimated that American gamers collectively use up to 34 terawatt-hours of electricity annually. That’s more than the nation’s largest nuclear power plant, the Palo Verde Station, produces in a year. The same study found that the energy use of all US cars sets on the road. On the end-of-life side, of the 53 million tons of e-waste dumped globally in 2019, almost 10% was made up of small devices, including game consoles. To be sure, the climate impact of video games is low compared to big emitters like power generation, aviation, and driving; Gaming is arguably a “greener” use of time than a remote road trip or vacation. But being a smaller issuer “doesn’t exempt the industry from doing everything they can to clean up their act,” says Benjamin Abraham, a gaming decarbonisation advocate at Sydney-based consultancy AfterClimate and author of Digital Games After the climate change. Abraham says talk about game broadcasts is largely absent: “It flew under the radar.”

As a fan of the Honor of Kings mobile game, Nadia Li spends hours almost every day venturing into her digital fantasy world. She knows the tricks to kill a monster. She meets her fellow gamers from the other side of the world. But there is one thing that Li does not know: how much electricity is needed to play. “I’ve never paid attention to it,” says Li, 22, a Toronto college student whose electricity bill runs about C$30 ($22). ) one month. “After all, it can’t be too much.”

Li is far from alone: ​​Gamers generally aren’t overly focused on the energy use or carbon footprint of their hobby. Some of that has to do with transparency: Unlike refrigerators and clothes dryers, it’s rare for game consoles to have an EnergyStar rating or other efficiency marker. And while several emissions calculators exist to help consumers estimate the climate cost of road trips, air travel, and dietary choices, parsing the energy game from overall home energy use remains a challenge. .

Reed Noland, 35, who works in sales and lives in Clermont, Florida, says he plays video games an average of two hours a day, but doesn’t know how much electricity he uses or think about power consumption when shopping for hardware. Noland says gamers might be inclined to buy low-power equipment if there’s strong evidence of its climate impact, but for now, “most gamers don’t associate the power output of their machines with environmental issues.”

However, a small group of gaming enthusiasts are beginning to think differently. Several dozen threads exist on Reddit for exchanging tips on energy-efficient gaming, and YouTube videos on building a more energy-efficient gaming PC are proliferating. Some have millions of views. One such conscientious gamer is Matthew Kiehl, a 39-year-old computer technician from Ballston Spa, New York. Driven by concerns about climate change, Kiehl says he now assembles his gaming PC with the previous generation of components, which require less power. The trade-off, though, is a sometimes “almost painful” gaming experience: Kiehl says he once waited three minutes for a game to load. Few are willing to make that kind of commitment. “If someone buys a gaming console or computer, they’re ready to play,” Li says. “Why should we think about energy efficiency?”

As with many devices, regulatory frameworks to control gaming power consumption are virtually non-existent. So far, the European Union and six US states (California, Colorado, Hawaii, Oregon, Vermont, and Washington) require console manufacturers to at least limit power consumption when their devices are idle. Without restrictions, a PlayStation 4 Pro, for example, can consume up to 8.2 watts of electricity per hour, even when not in use. But game companies are beginning to address the problem. Microsoft announced in March that it had made “Power Saver” mode the default option on all new Xbox consoles, removing a default standby setting that used about 20 times more power. For those with older models, Microsoft is also exploring ways to help improve power efficiency through software updates, says Trista Patterson, an Xbox executive responsible for gaming sustainability. Japanese conglomerate Nintendo, for its part, says that the power demand of its current Switch console is half that of the model released in 2017. Sony Interactive Entertainment said in November that its latest PlayStation 5 uses 17% less energy than the PS4.

“They’ve clearly invested a lot of engineering time into improving the overall energy efficiency of the system,” says AfterClimate’s Abraham. “But have they done all they can?”

Earlier this year, Abraham urged console makers to limit the amount of electricity their devices would use during actual gameplay, but to no avail. (However, all three companies have pledged to go beyond mandatory EU requirements to limit standby power use, including in the UK.) Sony and Nintendo declined to comment on Abraham’s criticism. Microsoft did not respond directly, but said in a written statement that “sustainability is a priority.”

Next-generation trends in gaming are likely to exacerbate the challenge: as video game companies increase the stakes for enhanced graphics and interactive games, more immersive games will require more computing power and ultimately lead to a higher energy demand. The migration of some games to the cloud, which eliminates expensive gaming platforms and allows players to play through remote servers in data centers, can also be problematic. Some experts say that data centers offer economies of scale that improve energy efficiency, while others argue that the energy used to build and operate such centers is at odds with climate goals.

Then there’s the rise of game consoles as a sort of “everything device,” one that can also play music, browse online, and stream entertainment. Noland, for example, often streams movies and shows on his Xbox, a practice he considers energy efficient but experts say wasteful. A 2021 analysis from the Natural Resources Defense Council found that Xbox uses 10 to 25 times more energy to watch a show than to access the same content through an Apple TV or Roku box.