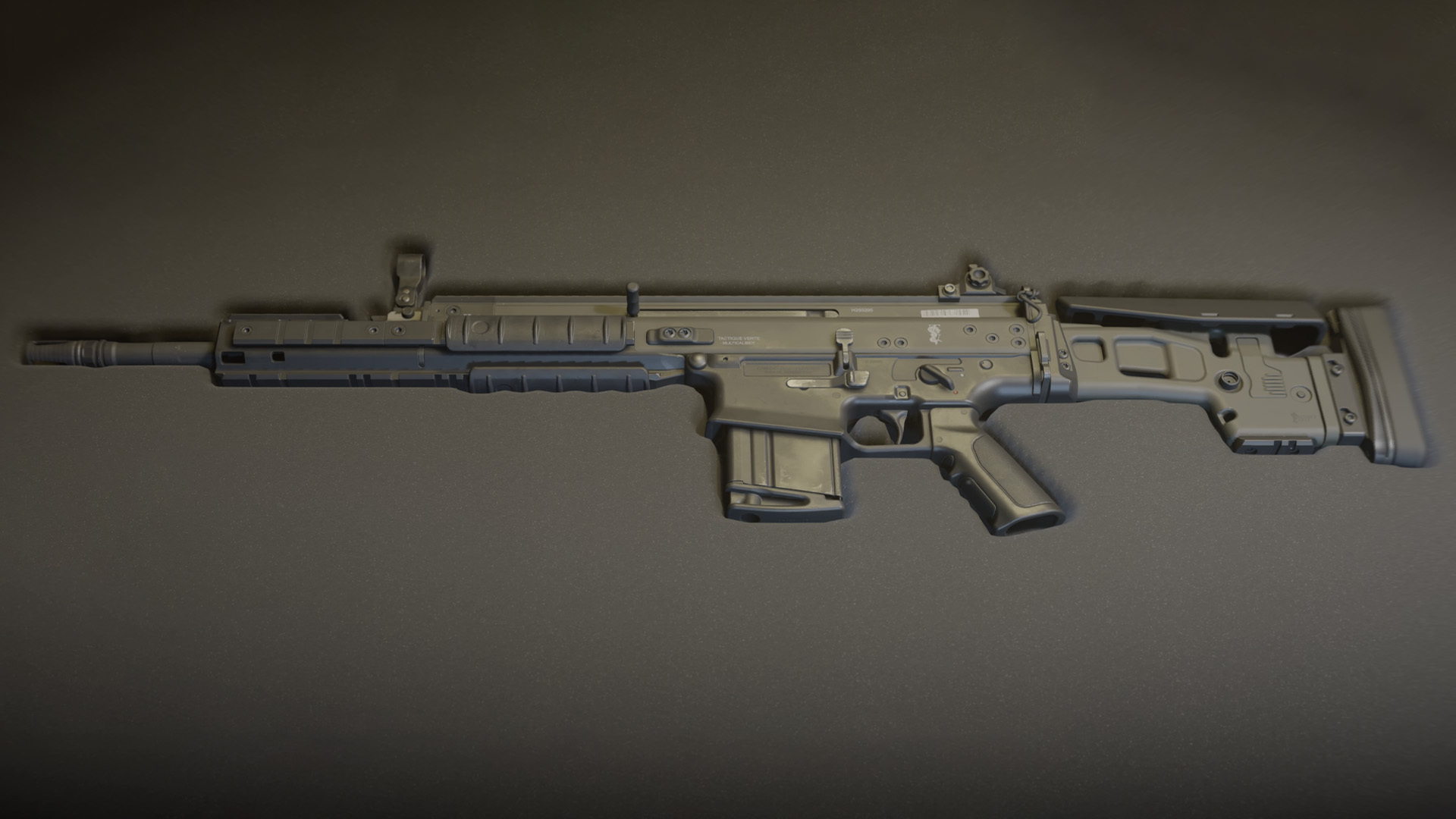 the best gear in Modern Warfare 2 TAQ-M hones the rifle’s accuracy and range, letting the base damage and handling of the superb bolt-action marksman rifle do the rest of the work. Thanks to its high damage, range, and one-shot kill potential, the TAQ-M is without a doubt one of the best weapons in Modern Warfare 2 right now.

While some of the best sniper rifles in FPS gaming are solid and reliable favorites, bolt-action marksman rifles like the TAQ-M offer a lighter, faster alternative on smaller 6v6 multiplayer maps. Unlike large sniper rifles, the TAQ-M can be used while on the move and can even deal considerable damage when fired from the hip.

The best TAQ-M loadout in Modern Warfare 2 is:

Starting with the muzzle, the Lockshot KT85 improves on the TAQ-M’s recoil control with minimal impact on handling. If you miss your initial headshot, you can quickly take another accurate shot and hopefully take the enemy down in two.

The 2.5-inch LR1:7 barrel increases the damage range and bullet speed of your weapon, as we want to focus on accuracy with this loadout, improving your chances of a lethal shot. Combine this with the VS Pineapple lower barrel for improved accuracy and recoil control both from the hip and through the sights. Both attachments result in a decrease in the TAQ-M’s aiming down sights speed, but we can easily fix this.

We want a laser that again increases the speed of aiming down sights, which the FSS OLE-V does while also improving aim stability, another great addition for a ranged weapon. Unfortunately, the enemy can see this laser when aiming down sights, but hopefully you can counter this by making quick shots before someone knows what hit them. Literally. Finally, we paired the laser with the Forge Tav Delta 4 optic, although you can really pick whichever you want, but this one has a very small sniper flare and 5.5x magnification.

With this MW2 TAQ-M loadout, you should be able to do those one-shot kills once you find the perfect vantage point in multiplayer, especially on long, straight maps like the Santa Sena border crossing. Be sure to also familiarize yourself with the best Modern Warfare 2 perks and killstreaks, because your loadout is more than just your weapon.