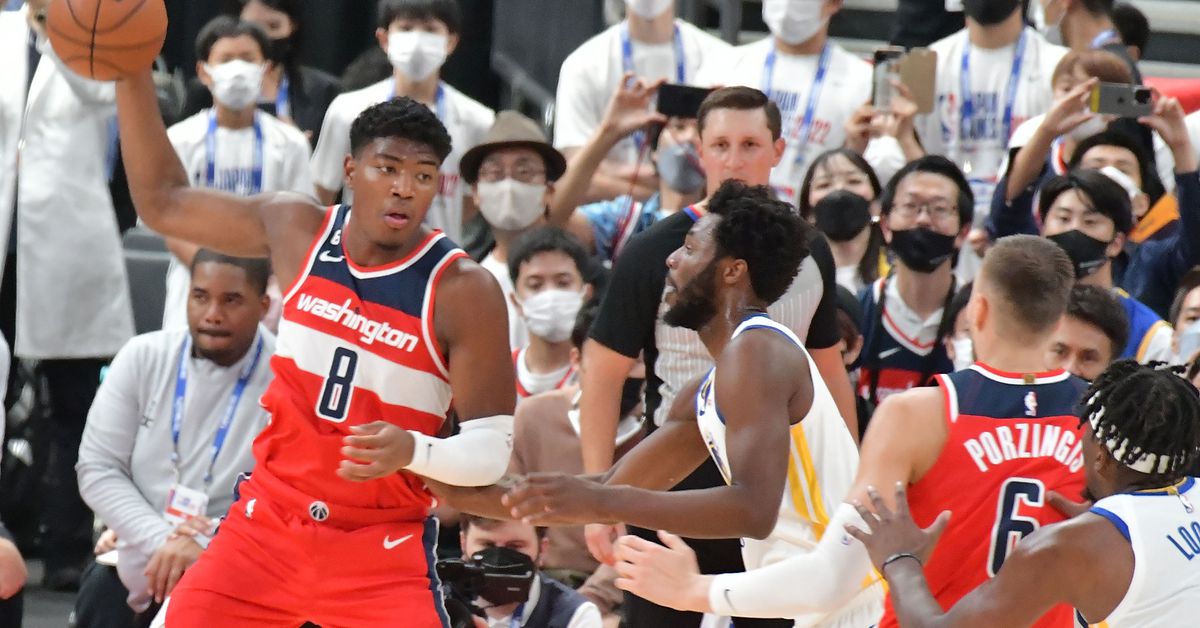 The Wizards went to Japan and played a couple of exhibition games against the Golden State Warriors. How you think they performed, as a group and as individual players, may depend on the strength of your fan eyewear prescription.

My glasses may have fogged up. There was a lot of buzz about the wonders of Rui Hachimura, including from my podcast co-host, Ron Oakes-Cunningham. I thought he was decent in both games, but not particularly impressive. The numbers (yes, I looked at my PPA metric in preseason games) had Hachimura slightly better than average in the first game and slightly better than that in the second.

If we’re talking about letter grades: a C and a C+.

Of course, no amount of fan goggles could make rookie Johnny Davis look good. He struggled in his first two exhibition appearances as much as he did in the summer league.

Naturally, this means Davis should immediately be dubbed the team’s latest bust… just kidding. As I told Ron during the most recent episode of our podcast, there are two basic rules for watching preseason basketball:

In other words, don’t get excited about a couple of decent games from Hachimura, especially considering he was highly motivated to play well in his home country. And he’s not too quick to call Davis a dud. He hasn’t looked good, but he’s young and getting an education on what it means to play in the NBA. His willingness to learn and work will determine his future in the NBA.

During the episode, Ron and I also discussed who will make the Wizards’ rotation, as well as the question of how much Monte Morris and Will Barton stand to lose because they won’t be playing with former Denver Nuggets teammate Nikola Jokic.

Listen here, using the embed below, or wherever you get your podcasts.