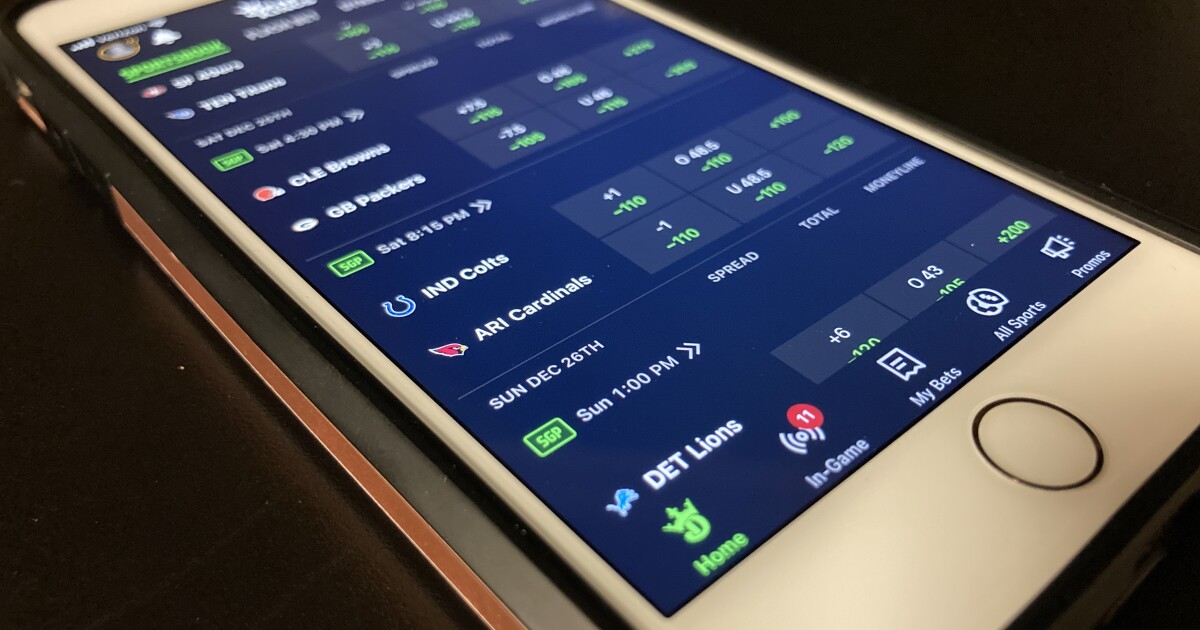 Sports betting will be legal in Ohio at the beginning of the new year.

State regulators have been working for months to approve licenses and launch Ohio’s legal framework for sports betting, which was approved by lawmakers in late 2021.

Ohio’s legal sports betting structure allows entities to apply for three different types of licenses: Types A, B, and C.

A Type A license allows entities to host sports betting through mobile applications, such as Fan Duel and Draft Kings.

Twenty-three entities have been approved for a Type B license to operate an in-person gambling facility. Professional sports teams also obtained a Type B license along with the state’s casinos.

Jessica Franks, communications director for the Ohio Casino Control Commission, said they have been working for months to verify the applications and approve the owners by January 1.

“Our work does not stop there. It’s really just kind of a start because once they all get going, we need to make sure they continue to operate within the confines of our rules and the law,” Franks said.

Franks added that the state has put measures in place to help people who may have gambling problems.

“We know everyone is very excited about sports games coming to Ohio, but the commission, of course, encourages those who want to participate to do so responsibly. And we will remind everyone that there are many resources that are available for people who are interested in what responsible gaming looks like,” Franks said.

The state has launched a few initiatives for problem gambling, including Pause Before You Play, Get Set Before You Bet, and the Responsible Gambling Helpline: 1-800-589-9966.

State lawmakers began drafting legislation to legalize sports betting in 2018, after the US Supreme Court ruled to strike down a federal law that barred states from allowing the practice.

While other states, such as Pennsylvania and West Virginia, were ready to implement a system, Ohio spent a few years debating the topic of sports betting and the potential framework for the industry.

In late 2021, lawmakers reached an agreement that set out specific industries that would qualify for different licenses and set the program to launch in 2023.