Gaming giants are the losers after California bans sports betting 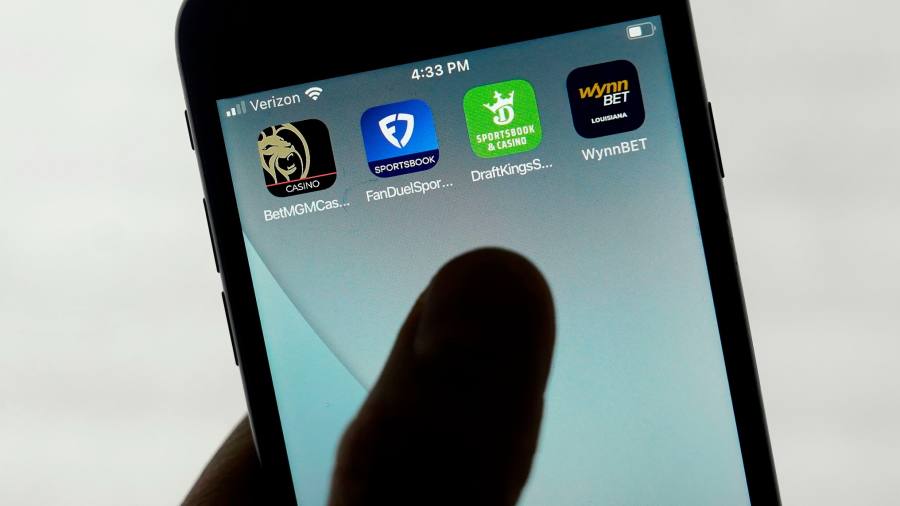 FanDuel, DraftKings and BetMGM, the largest online betting brands in the US, are used to benefiting from one of the main rules of the game: the house always wins. But on Tuesday night in California, after a major effort to convince voters to legalize online sports betting, they lost resoundingly.

Californians rejected the ballot measure, known as Proposition 27 (Prop 27), by a margin of 83.4 percent to 16.6 percent with two-fifths of precincts declared, capping the costliest referendum battle in history. US politics, which was fought through a barrage of competing 30-second TV commercials.

The industry-backed “Yes on 27” campaign raised $169 million in an effort to sway voters, of which the top three betting companies contributed about two-thirds of the total. Their opponents, more than 50 local Native American tribes for whom casinos are an essential source of income and employment, spent $237 million to defend the status quo.

“These out-of-state corporations have gotten arrogant,” said Dan Little, director of intergovernmental affairs for the San Manuel Band of Mission Indians, one of the largest gaming tribes. “They overplayed their hand, they could have worked with us and they didn’t, and they lost miserably.”

With 15 major league sports teams and an economy almost as big as Germany’s, betting executives have had their sights set on California for a long time.

Had the ballot motion passed, it would have created the largest sports betting market in the US, with annual revenues of almost $3 billion, according to projections by Eilers & Krejcik Gaming.

However, dismal poll numbers released over the summer meant Tuesday’s result was a foregone conclusion, as the pro-Prop 27 campaign canceled more than $10 million worth of ads in the weeks leading up to November 8.

“I’ve never seen anything in my career that was such a big flop,” said Chad Beynon, a gaming industry analyst at the Macquarie Group. “If they barely got 30 percent [of votes] With hundreds of millions spent, how much more are they going to have to spend to get it passed? Arguably we are further from legal sports betting [in California] than we were before the campaign.”

After four years of breakneck expansion following the Supreme Court’s decision to strike down a 1992 federal law that banned commercial sports betting, the loss in California represents a major setback for the nascent industry.

Some 35 states have already approved sports betting, but the three most populous states in the US, California, Florida and Texas, have refused. “These great states would really move the needle,” Beynon said.

He added that defeating the referendum in California would “damage the momentum” of a growing industry and had made more profitable online casino-style gambling, which is only available in six states so far, “an even more distant prospect.” . Seven states have had the opportunity to vote on sports betting; California is the only one that rejected it at the polls.

In a tacit admission of defeat, industry executives had in recent weeks begun shifting their focus to getting a similar ballot measure passed in the state in 2024.

Speaking on a panel at the Global Gaming Expo in Las Vegas last month, DraftKings CEO Jason Robins said there was “more momentum” toward a win in 2024. Fellow panelist Amy Howe, head of FanDuel, agreed. : “We believe there is a way to get there.”

California first flirted with legalizing sports betting in 2019 when a bill to allow it at certain outlets and casinos was introduced in the state Senate. But that year, and again in 2020, the measure was withdrawn before it even came to a vote due to tribal opposition.

Certain tribes then launched their own campaign for this year’s elections. By May 2021, they had obtained enough signatures to put their motion before the voters.

Known as Proposition 26 (Prop 26), it would have allowed in-person sports betting on Native American land, but it too was defeated on Tuesday, with 70.4 percent of the electorate voting against it. The measure failed in large part because it was overshadowed by the success of the campaign against Proposition 27, analysts say.

Pro-Proposition 27 activists argue that despite the measure’s defeat, gambling companies needed to reclaim their right to online sports betting in California, whenever that comes.

“Our coalition knew that passing Proposition 27 would be an uphill battle, but we remain committed to California,” said Nathan Click, spokesman for the Yes on 27 campaign. “This campaign has underscored our coalition’s determination that California follow more than half of the country in the legalization of safe and responsible online sports betting”.

The Prop 27 campaign, which was officially called the California Homeless Solutions and Mental Health Support Act, focused on how an estimated $500 million annual tax windfall would bolster state coffers and allow increased spending on social welfare.

But voters “saw through this false claim,” according to James Siva, president of the California Nations Indian Gaming Association. “I think most voters are aware of the billions of dollars the state spends on homelessness, so they didn’t think a slight increase in funding would really change that.”

California politicians from both ends of the political spectrum also presented a united front against the measure. Last month, Gavin Newsom, the governor of California, called Proposition 27 “bad” for the state and said it would “hurt” Native American tribes.

“This was one of the rare circumstances in which both Democratic and Republican lawmakers spoke out against [a measure]said Mark Baldassare, president and CEO of the Public Policy Institute of California, which conducted a survey on the issue.

Now the gaming industry is wondering what the best way forward is in the region and beyond.

Casey Clark, senior vice president of the American Gaming Association, an industry body, insisted that California was “not a benchmark” for the remaining states that had not yet legalized online sports betting.

“It shouldn’t surprise anyone that it’s going to take a while to understand what’s right for the electorate in California, Texas and Florida,” Clark said, pointing to the big anti-gambling movement in the Lone Star state and the exclusivity that the tribes have over gaming rights in the other two states.

“I think we’ll get to a place where almost every American adult who wants to bet on sports can do so closer to home,” Clark added. However, she admitted: “It will take more education for people to understand and feel comfortable with [online casino gaming].”

Paul Leyland, an analyst at Regulus Partners, said he was “deeply skeptical” about the growth prospects for the US gaming industry.

After rebounding during the first year of the pandemic, the share prices of some of the biggest online gambling companies have fallen significantly over the past year. Shares of DraftKings, for example, were valued at $12.59 on Tuesday, down 80 percent from their early 2021 high.

“Until now, only low-performing states have approved iGaming in the US,” Leyland said. “But if there was a critical mass of states adopting iGaming, then we would be in a totally different ballpark.”

“If we’re losing steam in sports betting, then it might be difficult to get online gaming going,” Macquarie’s Beynon said.

But after Tuesday’s loss in California, the more immediate question for the gaming industry is how to reinvent its campaign for another chance to woo voters.

Peter Jackson, CEO of Flutter, told the Financial Times the result was “frustrating” but insisted the industry “can be patient”. “There are already nearly 40 percent of Americans living in states where sports betting is allowed and the road to greater penetration is going to take a little while,” Jackson said. “It’s hard to imagine that sports betting won’t include California over time. . . everyone is crazy about sports.”

Proposition 27 included a promise by operators to partner with local tribes. Tribal leaders said they would be open to a compromise in the future, but that would mean gaming corporations giving up ground on revenue sharing.

“Your greed could prevent a compromise from being reached,” Siva said. “If these guys understand that they are going to have to be a little more humble, then I think there is a way. But if it’s the same approach in two years, it will be the same result.”