What Mac Jones’ high ankle sprain means for the Patriots 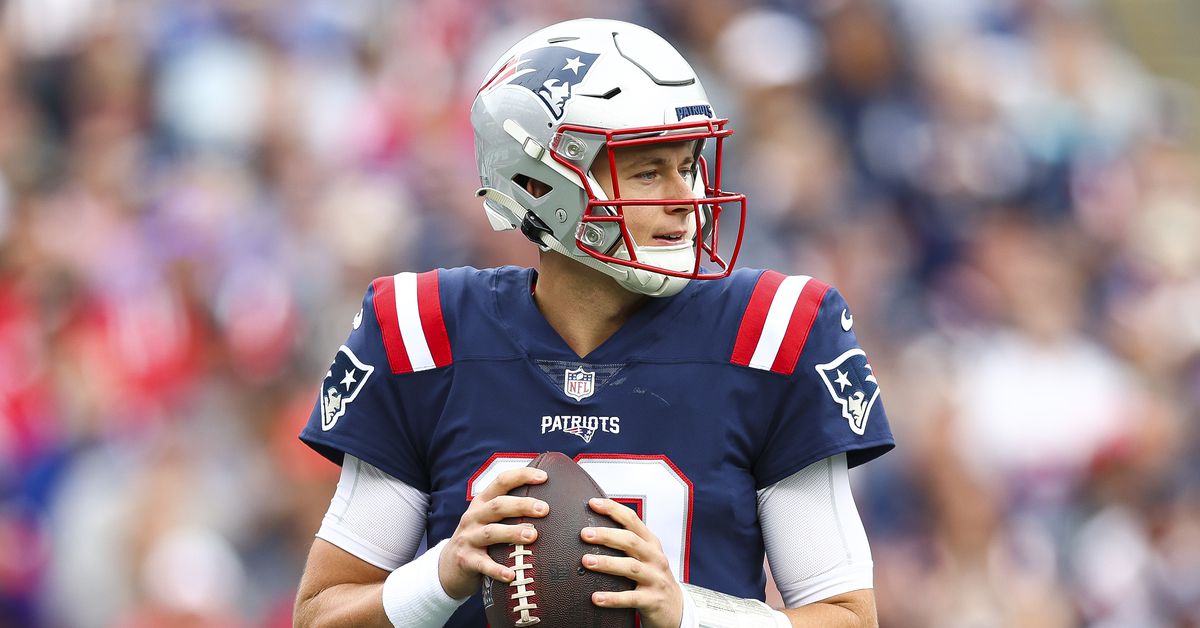 The New England Patriots not only lost their Week 3 game against the Baltimore Ravens, they also lost their starting quarterback to an ankle injury. Now, the severity of that injury has been confirmed: further examination on Monday showed that Mac Jones suffered a “pretty bad” high ankle sprain.

While the schedule remains to be determined at this time and with Jones seeking a second opinion, the injury will have a massive impact on the Patriots and their 2022 season. With that said, let’s take a look at what it means from a team perspective, both to short and long term.

So let’s take a look at New England’s immediate schedule before its Week 10 bye to see the games the team might have to operate without him:

On paper, the upcoming contest at Lambeau Field will be the Patriots’ toughest test during that stretch; the Aaron Rodgers-led Packers are a good team on both sides of the ball. The upcoming games against three of the most surprising teams of this young season won’t be a cakewalk either, but for the Patriots to win at least one, if not two, isn’t entirely unrealistic either. The same is true for the Week 8 game against the Jets and the subsequent contest against Indianapolis.

Going 3-3 during this six-week stretch will continue to be a tall order with the starting quarterback possibly sidelined at all times. Still, it could be something the Patriots need to do if they want to keep their playoff hopes alive.

The Patriots’ backup quarterbacks are now in the spotlight. With Jones out, the Patriots are expected to hand over the keys of the offense to his backup, Brian Hoyer. The 36-year-old has considerable experience in both the NFL and the Patriots system, but has had little success as a starter of late: Hoyer was 0-11 in his last 11 (of 39 total) starts, including a disappointing loss at Kansas City when he replaced Cam Newton as New England’s starter on short notice.

Hoyer hasn’t started a game since that contest, but now he’ll have to move up the depth chart and replace Jones. Behind him, meanwhile, fourth-round rookie Bailey Zappe is expected to drop from third to second on the depth chart.

Of course, there’s a realistic chance the Patriots will add additional depth at quarterback, if only through their practice squad to help keep practice operations intact.

The rest of the team will have to step up. Jones’ missed time, regardless of how long his absence will end up being, will put an obvious amount of considerable pressure on the rest of the team, players and coaches alike. The defense will have to step up even more to help take the pressure off what will likely be a Brian Hoyer-led offense, while the offense itself needs to become more consistent across the board.

Meanwhile, the coaching staff is under pressure to keep the ship on course even without its most important member. From game planning and calls to leadership, this is a huge challenge for Bill Belichick and company.

New England will likely consider injured reserve. With the possibility of Jones missing the next few games, the Patriots could move him to injured reserve with the intention of having him return at a later time. If such a move does go through, Jones would miss at least the next four games before he is allowed to return to the active team.

Likewise, sending him to IR with the later plan for him to return would cost the team one of their available return spots. Under the new rules, teams can bring back a maximum of eight players after sending them to injured reserve. So far, two are eligible to fill some of those spots: wide receiver Tyquan Thornton and running back Ty Montgomery. Jones would be No. 3, but a no-brainer to be brought back as soon as he’s healthy.

During his time at IR, New England will have a vacant spot on its 53-man roster.

The injury could end up affecting Jones’ fifth-year contract option. As part of the 2020 Collective Bargaining Agreement, the NFL and NFLPA introduced a new system for determining the value of fifth-year options. Players can now qualify for one of four tiers based on criteria like playing time and Pro Bowl nominations.

In theory, Jones is still in line to hit all four plateaus, but losing time this year will almost definitely change his perspective. Making two Pro Bowls on the first ballot, the requirement to reach the highest level, seems like a long shot right now, meaning he would have to make a Pro Bowl on the original ballot, probably in 2023, at least to advance. . to Level 3.

The future of the DC Universe will be cohesive,...
Read more
Previous article
Atlus sues fans who resurrected its MMO, SMT Imagine
Next article
Zoo Tycoon Gets An Official Board Game Adaptation