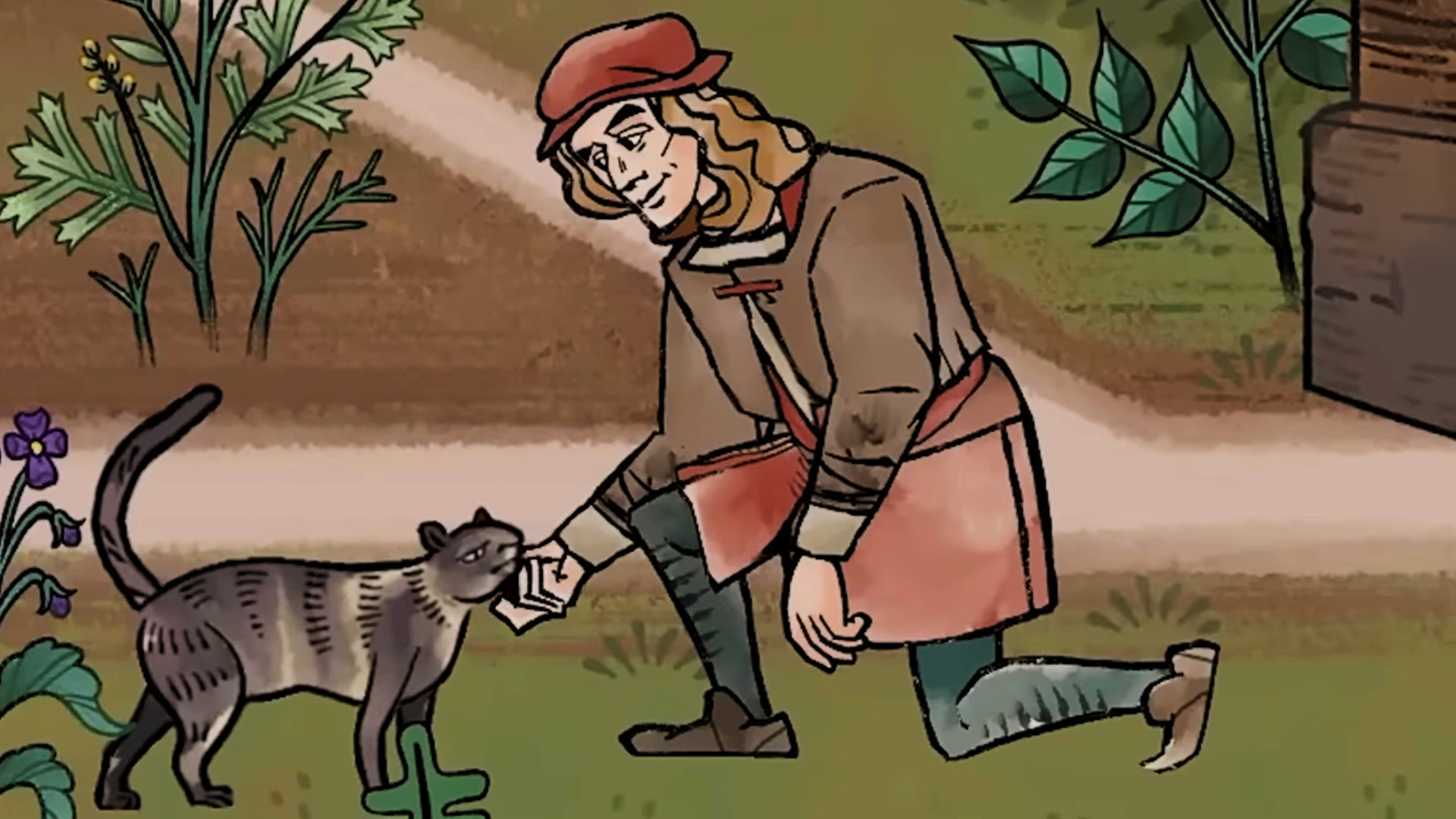 Pentiment, the historical narrative-driven adventure game from Fallout: New Vegas and Pillars of Eternity director Josh Sawyer and Obsidian, launches November 15. Ahead of its release, Sawyer and the development team delve into how Pentiment’s book-like painterly art style and use of fonts help tell a community-driven 16th-century story that spans the lives of its people during a period of 25 years.

“The idea of ​​the game taking place over 25 years came largely from my interest in showing how changes and decisions the player makes impact the community for longer than the usual time a game takes place. Sawyer explains. . So while the game begins with its protagonist, Abbey artist Andreas Maler, being tasked with investigating the murder of a visiting nobleman, that’s just the start of things.

The advent of the printing press triggers a period of social upheaval. “More and more people are getting educated,” says producer Alec Frey, “it literally changes who we are as people. Text also plays a pivotal role in Pentiments’ narrative: without voice acting, Andreas’ interpretation of the people he meets is rendered in the sources used for his dialogue.

“I think the fonts we ended up developing played a big part in giving the characters different flavors of voices,” says art director Hannah Kennedy, explaining that fonts will be assigned based on how Andreas perceives each new person he meets. She describes how if something happens that changes their perception of him, “then the font changes to better reflect who they really are.”

The game’s art style is largely a two-dimensional look that Kennedy says was inspired, in part, by the late 15th-century encyclopedia the Nuremberg Chronicle. She describes how the team worked hard to convey its book-like aesthetic, with the tone of the paper cutting through the colors. Sawyer points out that while the art in the game looks completely 2D, the heads are actually animated in 3D. “We really tried to emphasize the head movement a lot,” she says, “especially when it came to the faces, it was very important to be able to communicate the expressions.”

You’ll also be able to take part in many mini-games, though again these are more to serve the game’s narrative than to pose any serious challenges. Kennedy says that these “are not presented to be functionally challenging, it’s not to have a game within a game, it’s just to complement the narrative experience.” Frey and Sawyer mention a cookie cutter minigame that forces players to use as much dough as possible. “I’ve seen a lot of people spend more than half an hour because they just want to get it perfect,” says Frey with a smile.

Pentiment will be released on November 15 and will be available from day one for PC Game Pass subscribers, as well as for regular purchase on Steam. You can watch the full behind-the-scenes video below:

If you’d like to learn more, our Gamescom preview of Pentiment outlines why we think its wonderful user experience and painstaking attention to detail makes it as exciting a proposition as Starfield’s 1000 Planets. If you’re looking for more historical narratives in your entertainment, some of the best big strategy games on PC have a lot to offer in that regard.