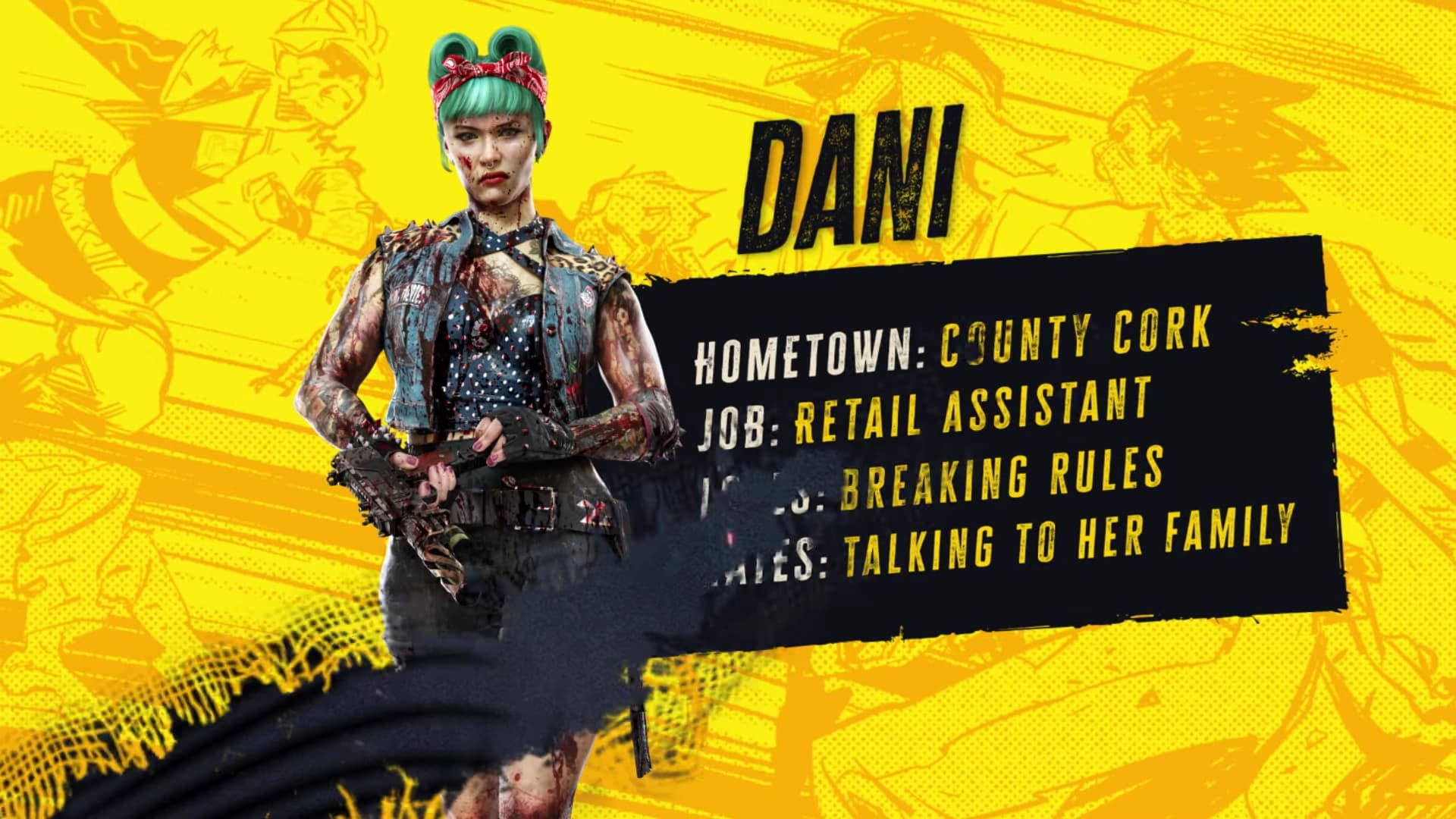 A dead island 2 The trailer introduces us to Dani, a badass and tough girl with a thirst for violence, interesting abilities, and a badass personality to the bone to boot.

First we learned about dead island 2 development back in 2014, but due to some issues and juggling the game between different studios, it almost completely disappeared from the radar. At one point, players even believed that the game was canceled because it apparently fell off the face of the planet. During the 2022 Game Awards, the blood and gore-filled RPG made an appearance once again and actually got a release date for the first time in eight years.

Today, we take a look at one of the Slayers that will be available in the game; Dani. She is described as a “rockabilly fighter” who has a killing streak. Not only that, she comes with two innate abilities that could be quite resourceful. One is her Bloodlust ability, which allows her to regenerate health while she kills multiple zombies at once. The other is her Thunderstruck ability, which creates a massive explosion when players use her strong attacks during combat.

You will have to go see the trailer on YouTube because of its violent nature, which prevents embedding.

Apart from Dani, we already knew a couple more Slayers to embody. One, of course, is Jacob, known as the misunderstood bad boy who quotes Shakespearean poems while mangling zombies’ faces. Another would be Amy, a crafty and easy going girl who is all about exercise and mayhem and lastly we learn about Ryan. Ryan is not only terrifying when it comes to killing enemies, but he is also terrifyingly handsome. Once he was an exotic dancer, he is now a zombie killing machine on a journey to save his little brother who was left behind in Fresno when the apocalypse began.

There is also a mystery Slayer that has yet to be revealed, but at the time of writing, there is no information available on when that character will appear.

dead island 2 It will be released on April 28, 2023 and will be available for PC via the Epic Games Store, Xbox One, Xbox Series X|S, PlayStation 4, PlayStation 5, and Google Stadia.