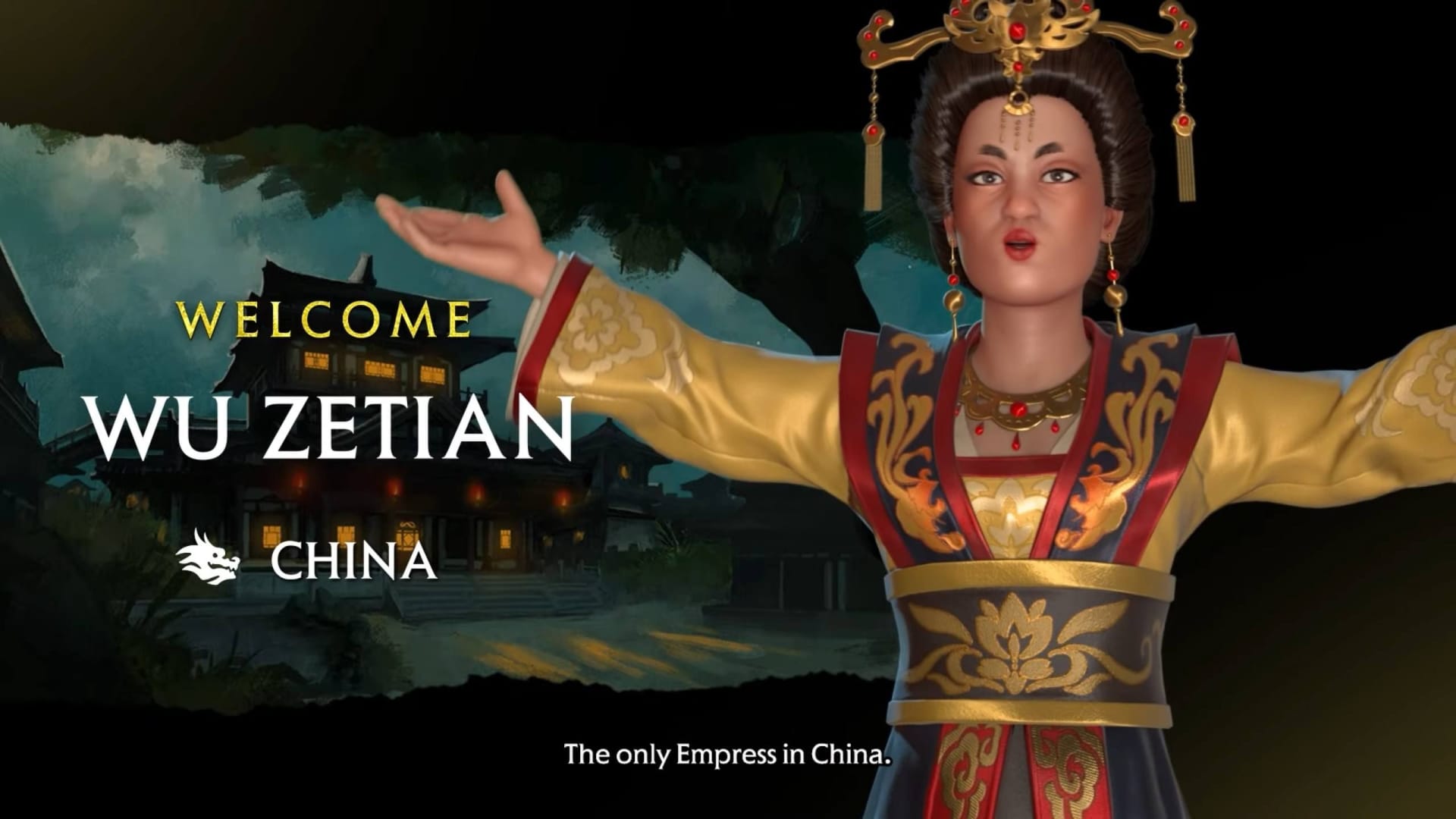 Another pack of leaders is coming to Sid Meier’s Civilization VI, which means that the Firaxis and 2K games are once again showcasing the new leaders.

Today we have the first leader of the Rulers of China pack, which will be released on January 19, 2023 on all platforms. Specifically, we get our first look at Wu Zetian, the only widely recognized legitimate empress in Chinese history, who ruled the country for forty years, first through others as empress consort and then as empress dowager, and then in her own right. . She is undoubtedly an important ruler in the country’s history.

More leaders will be included in the pack, Yongle and Qin Shi Huang the Unifier. We should also see trailers dedicated to them in the coming days.

This is part of the newly revealed Leaders Pass that kicked off with the Big Dealers pack released at the end of November, featuring US President Abraham Lincoln, Nzinga Mbande Queen of Kongo, and Sultan Saladin of Arabia. The second package was the Great Commanders Package which included Nader Shah of Persia, Tokugawa of Japan, and Suleiman the Magnificent of the Ottoman Empire.

The Rulers of China Pack will not be the last, as the Rulers of the Sahara Pack will feature Ramesses (Egypt), Ptolemaic Cleopatra (Egypt) and King Sundiata Keita (Mali). The Great Builders Pack will include Theodora (Byzantines), Sejong (Korea) and Ludwig II (Germany). The Rulers of England pack will be the last and will include Elizabeth I (England), Varangian Harald Hardrada (Norway) and Victoria – Age of Steam (England).

Keep in mind that some leaders are locked behind your civilization, so you may need additional DLC to use all of them.

Sid Meier’s Civilization VI is currently available for PC, PS4, Xbox One, and Nintendo Switch, as well as a mobile version.