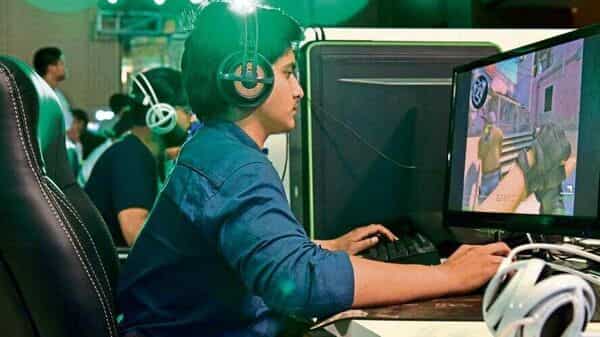 The Center has initiated efforts to establish clear rules for online gaming and esports, placing them under the Ministry of Electronics and IT (MeitY) and the Ministry of Youth Affairs and Sports, respectively. The move has been welcomed by the industry, but areas of contention remain that may require court intervention in the coming days. Can states ban both games of chance and games of skill? How do you define a skill game? And how can the Center and states collaborate to effectively regulate online gaming and esports?

What the government has done

The online gambling industry has been seeking transparent and uniform guidelines, set by a single central agency. Several states have cracked down on online gaming in recent years citing harmful effects such as addiction and gambling. The Minister of State for Electronics and IT, Rajeev Chandrasekhar, has taken note of the concerns about online gaming, referring to the “violence that incites video games, addiction to them and the consequent financial losses”. Chandrasekhar has promised to issue transparent rules and guidelines for online gaming soon. India is estimated to have over half a billion gamers, and a KPMG report projects the sector to be worth nearly $4 billion by 2025.

Basically, the government has made MeitY the central ministry to regulate online gaming. Electronic sports have become the responsibility of the Ministry of Youth and Sports. Esports is a fast-growing industry and refers to games that involve some skill, with people competing in games and tournaments to win. India recently won the bronze medal at the Commonwealth Esports Championships. It is now also a medal sport at the Asian Games. The size of the Indian esports industry, while still in its early stages, is expected to cross $Rs 1000 crore by 2025, according to an EY report.

Meanwhile, the growing popularity of online gaming has already seeded a startup ecosystem that has spawned three unicorns: Dream 11, MPL, and Games24X7.

How states have regulated online gaming

Many states have cracked down on gambling. India’s Public Gambling Act, 1867 provides penalties for gambling, but makes exceptions for games of skill. Andhra Pradesh, Tamil Nadu, Telangana and Karnataka have passed laws to ban online gaming, while some like Uttar Pradesh, Delhi and Madhya Pradesh have accepted the Public Gaming Act with amendments.

The Karnataka High Court struck down the state government ban in February and ruled that there can be no ban on games of skill. Similarly, the Madras High Court struck down a Tamil Nadu law that prohibited online games such as rummy and poker. He stated that rummy is a game of skill according to the Supreme Court and cannot be banned. Subsequently, the state governments appealed to the high court against the decision of the high court. Meanwhile, the Tamil Nadu government is once again seeking to regulate online gambling through a new law.

An inter-ministerial working group set up by MeitY has pointed to the need for clear definitions of games of chance and skill. The Supreme Court can have an opinion while hearing the petitions before it. The high court recently ruled that the fantasy sports offered by Dream11 are games of skill.

Gambling in India is largely considered a state issue and states are allowed to make their own laws. But the Law Commission in July 2018 argued that Parliament can enact laws related to online betting and gambling because it takes place over the internet.

So it remains to be seen if the Center and the states can demonstrate cooperative federalism and collaborate to regulate online gaming. Or will it require judicial intervention?

Alec Mullins ❘ Published:...
Read more
Previous article
All the biggest video game releases in January 2023
Next article
Chicago Blackhawks news, updates, commentary: The week that was and will be, January 2