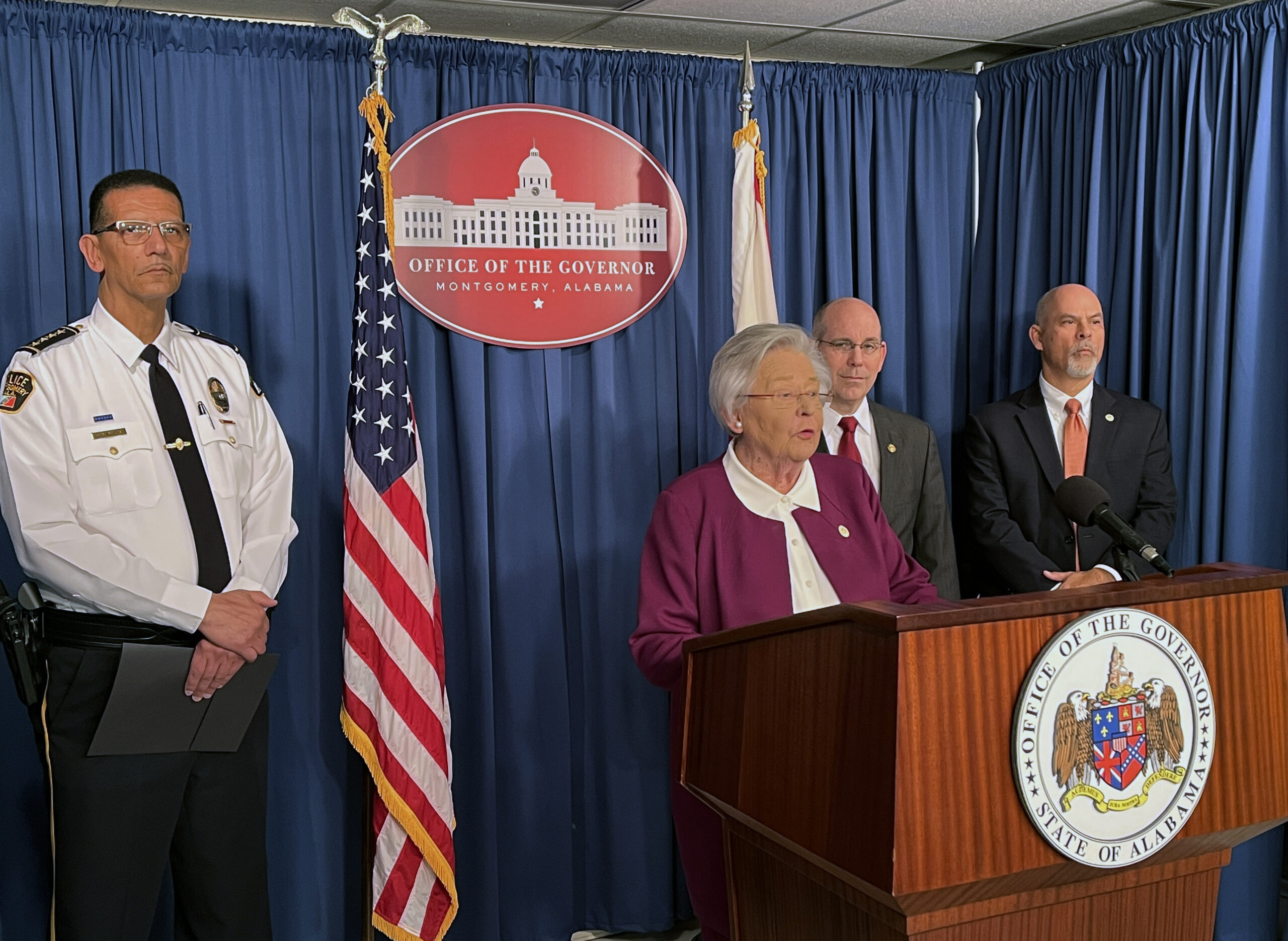 Executive Order 725 will allow for uniform standards to be applied for the loss of Good Time and to establish enhanced procedures for retrieving fugitives.

“In the Ivey Administration, public safety is at the forefront, always has been, and always will be. Under my watch, we will continue to do everything in our power to ensure that Alabama is the safest state in which to live, work, and raise a family.

“Today, I am proud to announce an important step that will increase our public safety. This morning, I signed an executive order to improve policies within the Department of Corrections, allowing Commissioner Hamm and the good men and women who work for him to better enforce the law within those facilities.

“There are two main components that we are addressing. We are making the necessary reforms to correctional incentive time, better known as good time. We also empower Commissioner Hamm and Department of Corrections officials to better manage escaping inmate proceedings.

“Our action today, simply put, keeps violent offenders off the streets, incentivizes inmates who really want to rehabilitate and improve, reinforces the concept that bad decisions have consequences, and keeps our public safe.”

Before hearing from Alabama Department of Corrections (ADOC) Commissioner John Hamm, Governor Ivey concluded her part of the press conference by reaffirming public safety as one of her administration’s top priorities as she enters her second term.

“In a week from now we will usher in our next four years in office and will not stop pursuing our goal of being the safest state in the nation and a sanctuary for law enforcement. Here in Alabama, we will protect our citizens. We will promote rehabilitation among our inmates. We will enforce the law. We will guarantee justice for the victims and we will always have the support of our law enforcement.” said Governor Ivey.

Your signature, which initiates immediate action at correctional incentive time, ensures that inmates will face clear, predictable, and proportionate consequences for misconduct. ADOC will follow uniform standards governing the loss and restoration of good weather.

Misconduct violations will be categorized as Low, Medium, High, or Serious and the associated penalties will increase according to the severity of the misconduct committed.

“The Department of Corrections is tasked with enforcing the Alabama Correctional Incentive Time Act, and I am deeply committed to ensuring public safety and the safety of our law enforcement officers.” said ADOC Commissioner John Hamm. “The governor’s executive order takes important steps to improve security while ensuring our ability to enforce the law.”

“Our goal at VOCAL is always to support crime victims to make sure criminals are more responsible and our communities are safer. We applaud Governor Ivey’s efforts to make Alabama a safer place by establishing clear consequences for inmate misconduct and improving DOC procedures for handling inmate escapes. His executive order is a big step to improve public safety not just for crime victims but for all Alabamaans.” said VOCAL executive director Janette Grantham.

Alabama State Senator Clyde Chambliss, an outspoken voice for inmate rehabilitation through apprenticeships and educational efforts and a participant in Monday’s press conference, shared his support for the executive order.

“The line of distinction between those in DOC custody trying to correct the mistakes of the past and those who game the system has been blurred in the last forty years. This is not right for the victims of the crime, nor for their families”, said Senator Chambliss.

Noting that two members of your community are victims of the unrevised pre-enforcement order version of correctional incentive time, Senator Chambliss continued, “Governor Ivey demonstrates once again that she will not back down from serious problems in our state. She and her staff have done a great job putting this executive order in place to have clear guidelines for both rewarding good behavior and stopping those who aren’t learning their lesson. Going forward, this clear standard will dictate what will not be tolerated and what the penalties for non-compliance will be.”

President of the Alabama District Attorneys Association (ADAA) and 15the Judicial Circuit District Attorney Daryl Bailey spoke about the imperative role accountability plays within a structured society and applauded Governor Ivey’s actions in furthering this effort.

“Being responsible for our actions is the hallmark of an orderly and just society. When our actions violate the safety and security of others, we expect to be held accountable for that destructive behavior. When we work in a constructive way that contributes to our community, we experience positive rewards. This idea is especially important for our institutions that house serious criminal offenders. For the safety of those who work at the facility, other inmates, and the community at large, a transparent system of rules and consequences is imperative.” said the president of ADAA and 15the Judicial Circuit District Attorney Daryl Bailey. “We appreciate Governor Kay Ivey’s efforts to address this critical issue and look forward to working on this and other important public safety issues in the future.”

“Today’s formal action and Executive Orders are necessary to ensure an additional layer of public safety by identifying a clear but comprehensive set of guidelines for accountability. I would like to thank Governor Ivey, Commissioner Hamm, and Senator Chambliss for their work on these initiatives.” said Montgomery Police Chief Albert. “With over three decades in law enforcement behind me, on this day, National Law Enforcement Appreciation Day, I would like to thank everyone for their continued support of law enforcement here at the city ​​of Montgomery, the great state of Alabama and throughout our nation.”

A photo from today’s press conference is attached.

Video of the Governor’s remarks may be made available upon request.