Baseball playoff games are now a thing of the past 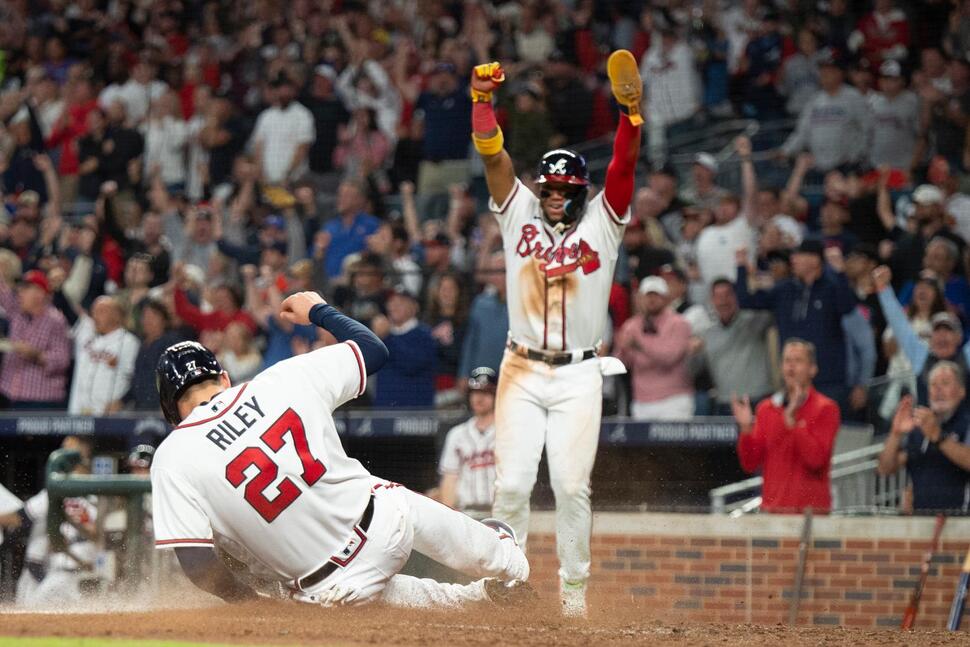 If baseball’s new tie-breaking rules had been in place years ago, Bucky Dent and Bobby Thomson probably wouldn’t be household names.

With the postseason expanding to 12 teams this year, if two teams finish tied for a division title or playoff spot, there will no longer be a one-game playoff to break those ties. Instead, the regular season head-to-head record is used to determine the winner, with other tiebreakers possible if head-to-heads cannot separate the teams.

The new system created a suspenseful weekend in Atlanta as the Braves and New York Mets competed not only for first place in the NL East, but also for supremacy in their season series. Atlanta swept three games of the Mets to take a two-game lead in the division and outscored New York 10-9 in 19 head-to-head meetings.

So the Braves are now in a commanding position to win the division and drop New York to a wild card. Atlanta has a two-game lead with three to play, and would still be the NL East champion if the teams finish tied.

It’s a similar situation in the race for the final wild card in the National League. Philadelphia leads Milwaukee by two games with three to play, but the fact that the Phillies have the tiebreaker makes them an even bigger favorite to hold on.

“It works in our favor,” Philadelphia manager Rob Thomson said. “The rules are the rules. If I was on the other side of this, it would be a bit difficult to accept, to tell you the truth.”

The elimination of tiebreaker games removes some of the scheduling uncertainty between the end of the regular season and the start of the postseason, but it also removes the drama of a game with everything on the line. If the Brewers and Phillies finish tied, they won’t meet for the right to make the playoffs. Instead, that will be determined by the games they played against each other in April and June.

It’s disappointing compared to Dent’s home run, which helped the New York Yankees beat Boston in a playoff game for the American League East title in 1978. In 1951, the New York Giants and the Brooklyn Dodgers tied for first place in the National League. A best-of-three tiebreaker broke that deadlock, with Thomson hitting a pennant-winning home run for the Giants.

Still, there are arguments in favor of the new rules that go beyond the convenience of programming. If two teams end up tied, what’s a better way to separate them: use one game at the end of the season, or a bunch of games they’ve already played against each other?

“You don’t have to have an individual game to decide it,” Braves shortstop Dansby Swanson said before his team clinched the tiebreaker over the Mets. “If he’s an opponent in the division, you’ve played him 15 to 20 times or whatever, so let that be the determining factor for who deserves the nod.”

If those 1951 and 1978 races had been decided by head-to-head playoffs, who would have won?

Another phenomenal season for Shohei Ohtani is drawing to a close, and he’s still making the most of his opportunities to surprise. On Thursday night, Ohtani pitched a no-hitter into the eighth inning as the Los Angeles Angels beat the Oakland Athletics 4-2.

Ohtani ended up allowing two hits and striking out 10 in eight shutout innings. He also extended his hitting streak to 14 games that night.

Although the week ended sour for the Mets, it could have been even worse. They were trailing the Miami Marlins 4-0 in the seventh inning Wednesday night when Eduardo Escobar revived them.

Copyright 2022 Associated Press. All rights reserved. This material may not be published, broadcast, rewritten, or redistributed.