World Netball launches the second episode of its Our Netball Family podcast, focusing on the Birmingham 2022 Commonwealth Games 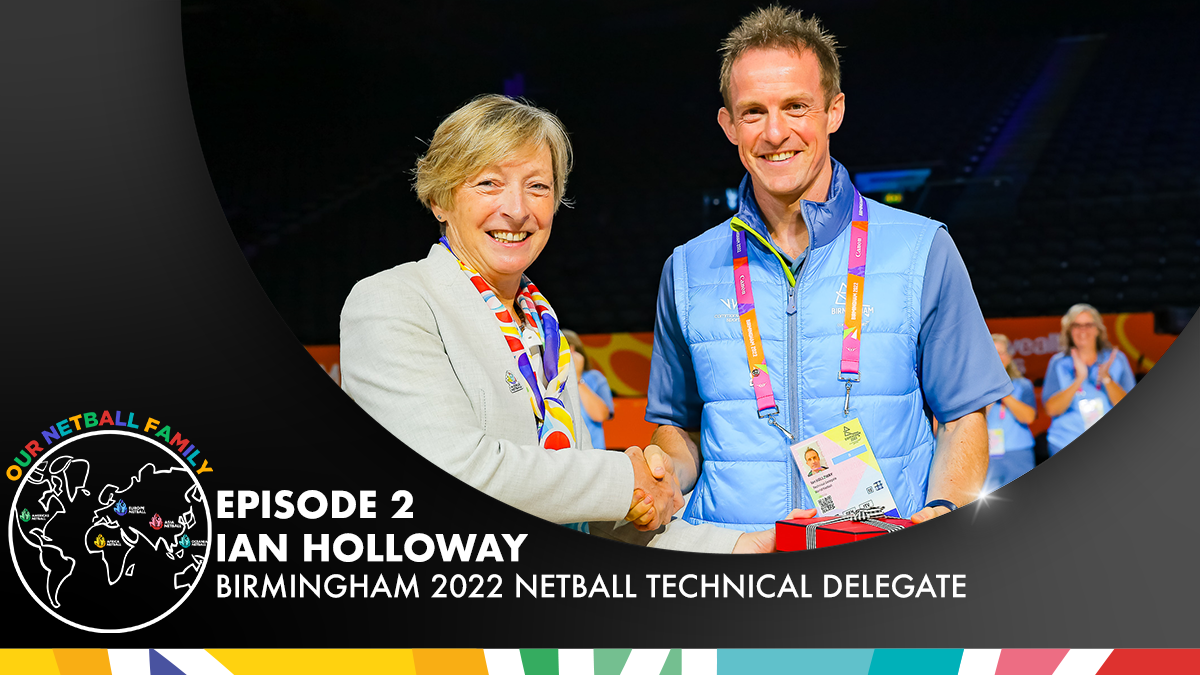 Ian, who works for World Netball member England Netball as their Director of Vitality Netball Superleague and Competitions, was appointed by World Netball in November 2020 for the volunteer role as Technical Delegate for B2022.

As technical delegate, Ian’s role saw him work with the organizing committee at B2022, to ensure the netball competition was a success and in line with World Netball rules and regulations, approving many key decisions.

In this episode, presenter Sophie Reynolds talks to Ian about the ups and downs of his B2022 experience, the importance of volunteers to netball and his background in event management.

Speaking about his experience, Ian said: “On reflection, having gone through the challenges that all sports have faced in the last two years with COVID, I almost feel like netball has been significantly affected by being an indoor, close contact sport. , that kind of things. , so to see record numbers of crowds in Birmingham, session after session, and the atmosphere those people created and the buzz that was created through the delivery of the sport,

“I think for me that’s the highlight,”

Ian also praised the other volunteers at B2022 who made his job easier: “Throughout my role in netball, volunteers have been absolutely essential to everything I’ve done.

“Essentially, volunteers are the backbone of the delivery of this sport and everything we do.

“From Birmingham’s perspective, the volunteers were essential and, as in all sports, the competition and the sport simply could not survive without them.

“I think the energy and passion that they brought to Birmingham was an absolute key factor…and really got me through it.”

The Our Netball Family podcast was created by World Netball to shine a light on the different roles of members of the Netball Family opus, which often go unnoticed, so it was important in this episode to also hear from other B2022 volunteers.

Lorna Dermody, Ian Kembery and Michele Walker were just three of the volunteers who worked at the netball venue during B2022, and we caught up with them during the event to see how their experience was going.

Both Ian and Lorna had never seen netball before volunteering, but after spending 10 days in and around Netball Family, they soon fell in love with the sport.

Lorna said: “I had never seen netball, when I found out I was working on netball I was a bit nervous because I thought this is a sport I don’t know much about, I don’t know the rules.

“I have seen the rules on the TV screen before the game and now I am a bit addicted!

“I found myself watching netball yesterday, it was my day off and I was watching it in my motorhome on the laptop.

“The Netball family is super friendly, I loved meeting them and I love their passion for the game and it really rubs off on the volunteers.”

Ian added: “I’m hooked [to netball]I’ve seen it probably in the region of 20, 20+ games, it’s so fantastic, it’s exciting, it’s everything I enjoy in the sport.

To find out more about what Ian Holloway, Lorna Dermody, Ian Kembery and Michele Walker had to say, listen to episode 2 of the Our Netball Family podcast now, available on Apple, Podbean and Google podcasts.

If you like to listen, please leave a review and rating and follow us so you don’t miss any episode.