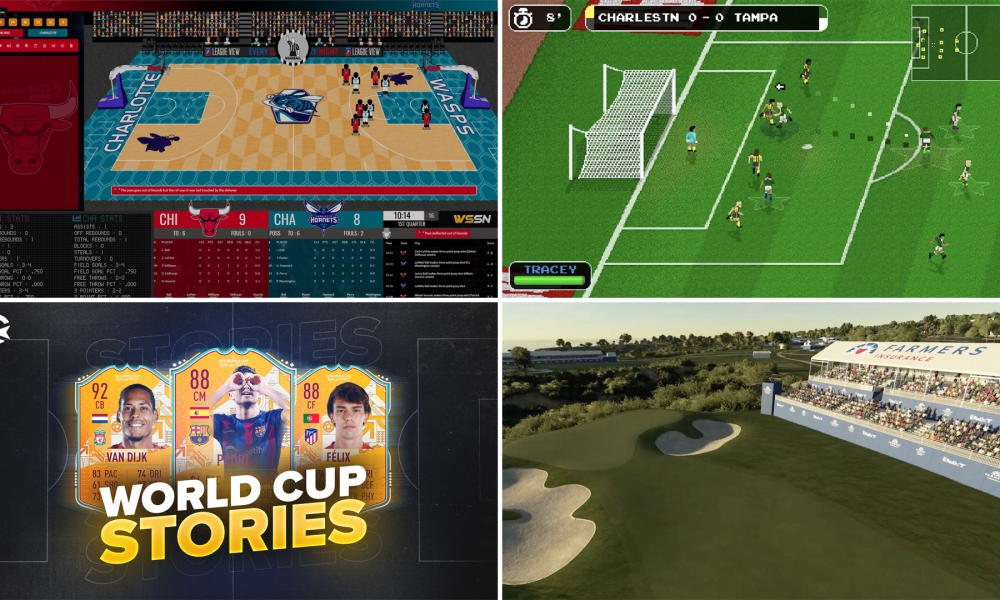 Every Sunday we bring you up to date with sports game news that you might have missed during the busy week. This week we have reviews of Draft Day Sports: Pro Basketball 2023 and Retro Goal along with articles on FIFA 23, NHL 23, Madden 23, and more.

Earlier this year, I did a little preview of the new style of play that Wolverine was starting to introduce in his Pro Basketball series. Although it was at the beginning, I could see the enormous potential of him and the possibilities that he brought with him. Not only did I see the potential of the two Wolverine basketball titles, but I let my imagination run wild and envisioned the football titles with fully rendered game models representing the sport. While imagining all the possibilities is fun, we no longer need to go down that path. Wolverine Studios has finally released the first title to incorporate the new animated player models in Draft Day Sports: Pro Basketball 2023. 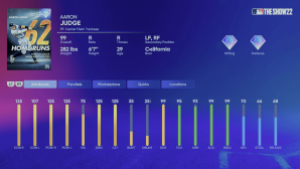 Major League Baseball has officially begun its yearly hibernation, waking up only during the offseason for the sporadic trades and free agent signings to come. As the MLB season ends, so does the year. As the year winds down, so does the Diamond Dynasty content cycle.

We recently received what should be the final “new” highlight show with Best of the Franchise. Finest usually signals the end of significant content drops, and SDS has already announced that on December 1 it will bring the Forever show to Diamond Dynasty. This show is always a massive combination of all the previous show bosses and allows players to win the previous bosses along with other things. After that, the wait for MLB The Show 23 begins.

Whether you’re deciding to start a new franchise with a team or trying to beat other players online in versus games in NHL 23, it’s important to know who the best teams in the league are this season. While it’s easy enough for anyone to check the list of teams in the game and see which ones have the highest ratings, those numbers don’t really tell the whole story about a team. With different strengths and weaknesses in the NHL 23 team rankings, some of the best teams can be more or less attractive depending on your personal preferences. You’re also likely to get more or less killed in certain areas of NHL 23, and any team’s roster could either make up for shortcomings in those areas or accentuate your positives.

Here’s a look at five teams NHL 23 believes have a legitimate shot at lifting the Stanley Cup late in the season and why they’re considered the cream of the crop. Let’s discuss how these teams can best be used to your advantage, and where you might need to be careful when trying to emerge victorious with them.

Creating offense in NHL 23 is more difficult than in previous years of the series, whether playing online or against the CPU. Unlike in the past, you can’t just prepare for eyeballs and hope the pass gets through without being intercepted by a defender. Even when those passes find a teammate’s stick, it’s no longer a foregone conclusion that the goalie can’t slide in and make an amazing save. This makes it imperative that you learn how to unleash the correct deke at the ideal time to build up some pressure in a different way. The game has a lot of them at your disposal and practicing them in the free skate will be the quickest way to get comfortable with how to execute them.

To help you out, here is a list of how to perform all the dekes in NHL 23 and an overview and when they can be leveraged to your advantage. You’ll also see a difficulty score of 10 for each one to give you an idea of ​​the kind of frustration you may experience trying to get them to work properly. 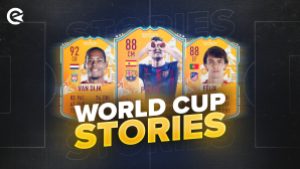 As the 2022 FIFA World Cup moves towards the knockout stages, the folks at EA have been hard at work updating the World Cup DLC, available for free in FIFA 23. In addition to the usual updates like faces, squads etc On, there are rumors that a new card game will be available in Ultimate Team (FUT). The grandest of venues, the World Cup attracts more eyes than any other sporting event on the planet. Heroes like Spain’s André Iniesta and Germany’s Mario Gotze carved their names into legend folklore with World Cup-winning goals, while moments like Diego Maradona’s “Hand of God” cemented his place among royalty. of soccer. It’s yet to be determined who will be next to cement his immortality status, but one thing is for sure: EA will take these magical moments and turn them into special player cards. 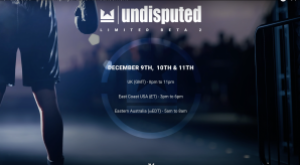 Earlier this month, the good folks at Steel City Interactive gave us our first taste of Undisputed with the first beta version. I had mostly positive impressions and a heightened sense of anticipation even though there was no concrete release date. As with most online betas, the goal was to introduce players to the control scheme, test the online matchmaking, and of course, gather feedback. Over the course of this first beta, several small tuners were added to help with matchmaking, which really helped us connect with other players. Once the initial beta closed, the Steel City Interactive team hosted a post-beta roundtable where the Creative Director (Ash Habib), Content Manager (Edward) and Global Communications Director ( Will Kinsler) talked about the challenges they faced and what their communication strategy would be as the launch approaches. If you haven’t had a chance to watch it, you can watch it here. With all that said, their content manager took to YouTube to reveal that a second beta of Undisputed was coming. 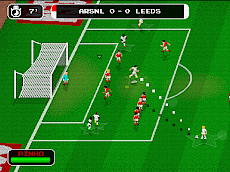 With its simple and straightforward controls, Retro Goal, thanks in part to a short tutorial, is the best thing to pick up and play, which makes sense considering it debuted first on mobile. The fast-paced, fast-paced action the game throws you into is a throwback to when games primarily focused on fun first and avoided the unnecessary complexities found in many AAA soccer titles.

The Shoot, Pass and Slide Tackle pretty much covers all the basics, so it’s easy enough for kids to learn but has enough variety and power for older players. There’s even touchscreen functionality for those who want to ditch analog sticks and buttons entirely. 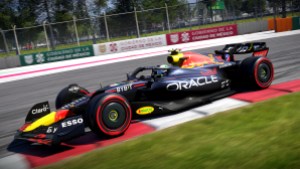 It’s that time of year again for racing fans. The time when NASCAR teams shut down their operations and take advantage of the few months off they have. The moment F1 has crowned a new champion and set the bow on another season. For racing fans, we know this time of year well, but it’s never easier to drive. Fortunately for fans of video game racing, the wait is a little easier. While we struggled with the same loss of real-world racing leagues over the winter, we can at least go back and review the current licensed and associated racing titles that dropped during the previous season.

I often enjoy doing just that over the winter, especially with officially licensed titles, as we now know how the actual season played out and can see how the game simulates that. With that being said, there are five titles that I plan to revisit and have a good time sitting through the long, cold winter here in Chicago. 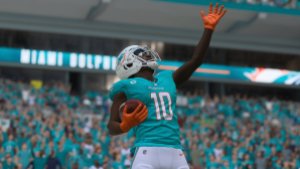 About two weeks ago, EA Sports released the latest patch update for Madden 23, and fans were intrigued as it promised to fix several vital issues that players were still experiencing. Not only would it fix the 32-team online franchise mode and some minor issues with Face of the Franchise, but it would also add the first update to EA’s much-touted NFL Live feature since the game’s inaugural release. And for us Dolphins fans, he even added a specific signature touchdown celebration. Here’s everything we like and don’t like about Madden 23 Patch #4, plus some feedback from the Operation Sports community.