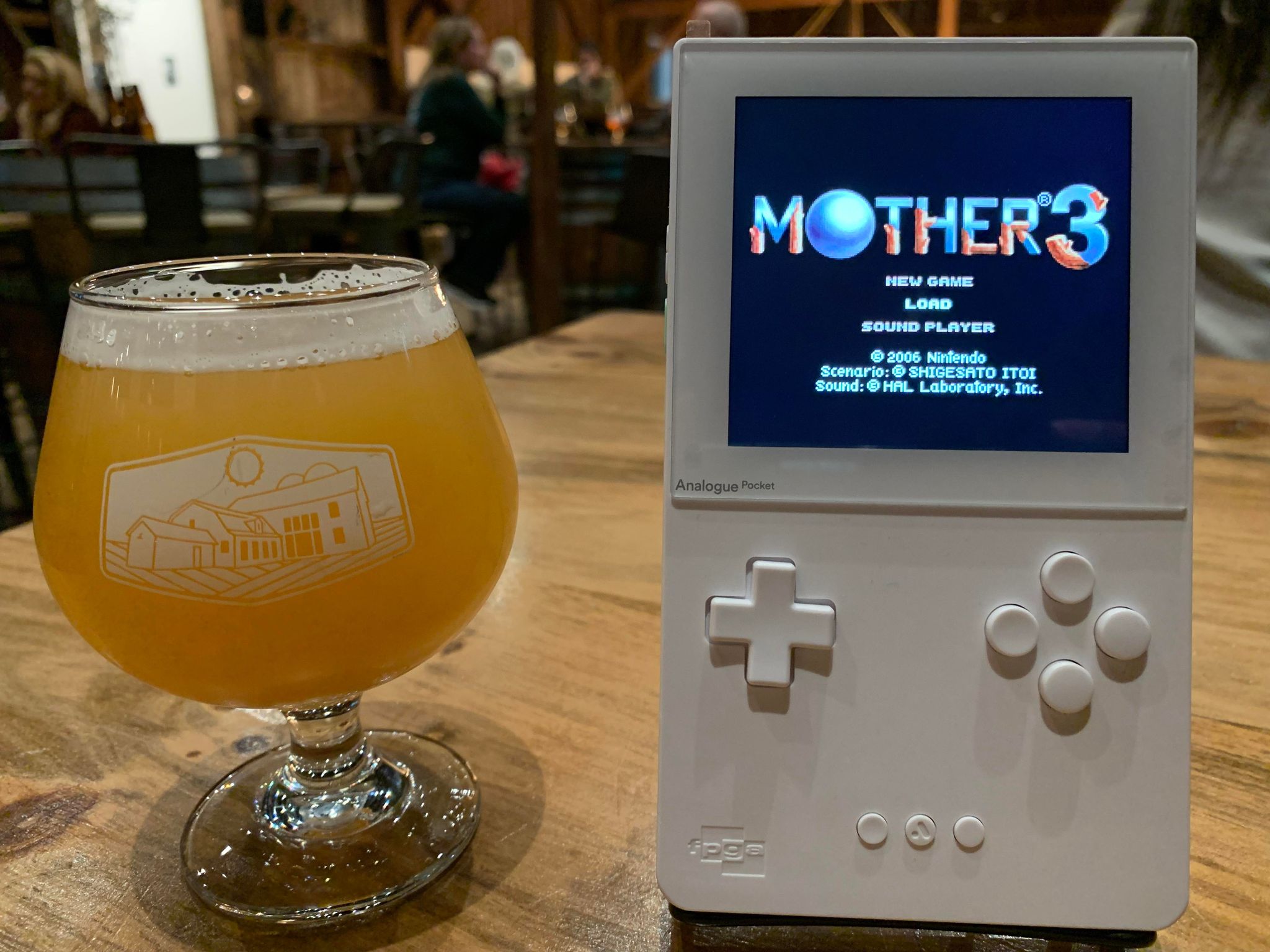 While we here at Operation Rainfall love to cover the latest gaming news and share our reviews of new and classic titles, we also enjoy gaming in our downtime. So with that, sit back, relax and see what the oprainfall gaming team has been up to this week.

So this week I don’t want to necessarily highlight a game but rather a console. I hold in my hands an Analogue Pocket, Analogue’s latest FPGA-based handheld device. I was expecting a fairly competent device that would allow me to play my old GameBoy cartridges, but what I didn’t expect was that the screen would be as sharp as it was. Seriously, the pictures don’t do the screen justice. I’ve never seen my Gameboy games look as good as they do on this thing, and luckily all the buttons work pretty well too. A recent update came out for this thing that even allows you to load custom FPGA cores into this device to greatly expand the library of games you can play on this thing, including games from consoles like the NES, SNES, or Neo Geo. It’s not the cheapest device out there, but if you’re willing to give it a try, you’ll have a great time! – justin

I spent this week playing a couple of different games. First on the list is the recently launched Paper bin, a short and visually striking puzzle game from the publisher Feardemic. I’ll have a full review of the game later this week, but I just want to talk a little bit about the art direction here. The game is stop-motion, with all characters and environments made entirely of paper. It took the developer seven years to make it, and the level of craftsmanship, dedication, and passion shows in every frame. It’s an undeniably beautiful and surreal setting that oozes character. It’s also heavily based on insect motifs, and the environment is very reminiscent of a paper nest, so if you have a problem with bugs in general or wasps in particular, the game can be a bit overwhelming visually. I found the textures in each area fascinating and I honestly didn’t know paper could do half of what you see here. The lighting is also fantastic, helping to add depth to every crevice and notch, as well as highlighting where to go when you’re exploring. The game is very short, I beat it in about two hours, so if you just want to immerse yourself in a gorgeously realized environment, you could do worse than Paper bin.

i also played Modeling Little Miss Lonesome, an 18+ otome that I purchased on Steam. (It’s also available on MangaGamer if you don’t want to throw money at Valve.) What a charming and hilarious VN! I was crying with laughter for about 20 minutes and it never really calmed down, but the game has a lot of heart sandwiched between deadpan humor and outrageous character interactions. Ema is the tallest girl in school with a naturally resting bitchy face, and her classmates are terrified of her. This suits her because she is lonely and she prefers to stay home and sleep. Miki is a transfer student who just returned from the United States and insists that Ema is her muse, and she doesn’t take no for an answer when she asks him to model her clothes. Saito is Miki’s best friend who dreams of being a big producer and teams up with his fashion partner to make Ema the next top model. He lets the sexy antics emerge. I love fashion so this is my thing, but the game is definitely more interested in the two idiot boys and the ways they make Ema’s life hell, which I’m completely on board with as well. They are objectively horrible men and I love them. My biggest issue with this game was the way they localized the characters speaking English, but it wasn’t enough to ruin the experience. I had a lot of fun with this one and it’s great if you want a bit of spice without things getting too intense. – read

This week in the game I played a couple of different games. One of these is still under embargo for me, but you’ll see a review at the end of the week. I promise you this will be a good review too. People haven’t seen me rant in years, but it has to be done here. Aside from playing that mess, I’m done gore scream show. I have to say that I was really impressed by this visual novel. This is another quality release from JAST and horror game fans should not miss it. I’m going to check out an indie game called ASTLIBRA Review, Later in the week. The story looked very interesting and the Action RPG gameplay looked pretty good as well. I guess I’ll see if appearances are deceiving very soon. -Steve

I’ve been missing these Week in Gaming articles a bit more often lately. This time, just as my first cold was waning last weekend and about to end, it started again and got significantly worse. But while I was sick, wanting something quiet to play with little brainpower required, I went back to Animal Crossing: New Horizons. It’s not as fun anymore as when I started in 2020 and was able to slowly build my new island. I didn’t have things set up the way they are back then and now I just don’t want to mess anything up in a complete redesign. Nonetheless, it’s still fun to play once in a while and get back to things. Actually, he still had a few vacation homes to design, he hadn’t finished the last two, and he hadn’t unlocked the final facility yet. So that’s what I worked on this week. I still have a couple more houses to go, to get the latest wave of soundscapes to use in my own home. But now I can decorate my villagers’ houses so my last two starting houses can be fixed up and I got a bunch of new dance reactions. Also, I started to make things a little more festive and started preparing for the holiday season. I haven’t seen snow yet though, not sure if I missed the first snow on my island or it hasn’t happened yet. – Jenae

What games have you been playing this week? Tell us in the comments!

You can read previous Week in Gaming posts here!