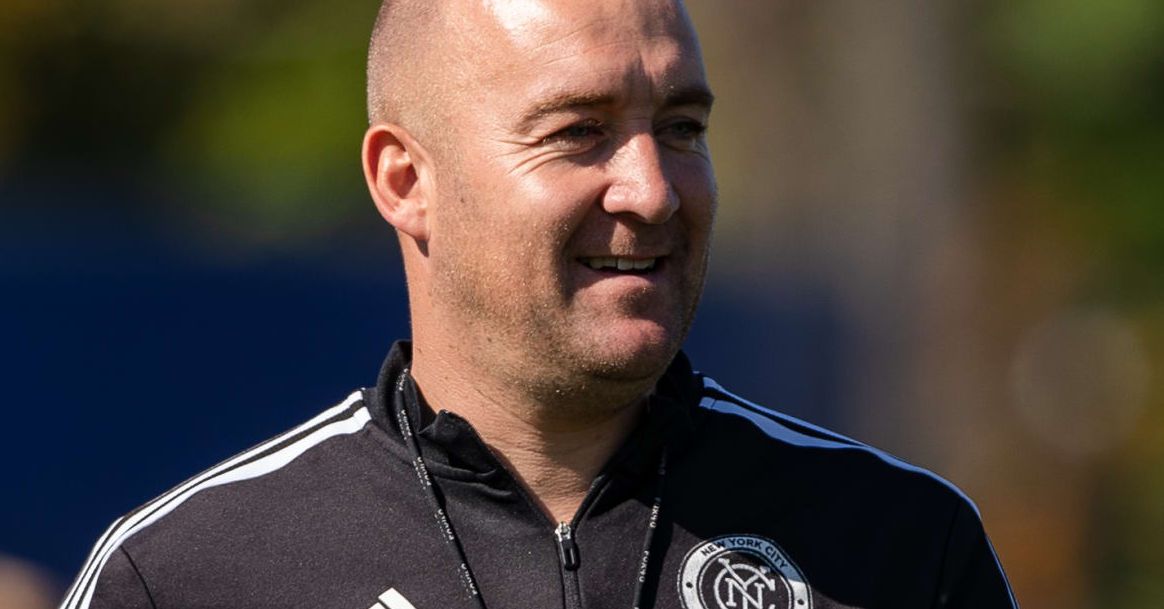 Please note that this interview was edited for clarity.

Hudson River Blue: Congratulations on Monday. It felt like the most complete win of the year, and we really saw the quality and the chemistry. Is that a result of how they’re playing, or is it something you’re cultivating on this team?

Nick Cushing: I think it’s a bit of both. Winning really, really helps. And when you win, it builds trust. People continue to do the things they did last week and don’t question things. It’s just a natural progression. You keep doing the same thing, add a little more and improve.

One thing I will say about this team is that since I’ve been here, our highs are very, very high, but our lows are too low. We have to close that gap. You look at 2020, and we lost the first six games, then we had a hot streak, then we had a disastrous ending in Orlando. Then last year it was good at first, then we had that really bad period, then we finished unbelievably well. It’s the same this year.

For me, how to close the gap in the middle is the big question, and we have to look at that. We have to make sure we fix that in the future. Because what this team has shown is that when it’s cornered and almost at a breaking point is when the magic really happens, but we don’t want to rely on that, because the problem is that you don’t finish first. You can win the playoffs and you can get into the playoffs, but you don’t get the consistency that the Supporters’ Shield gives you. You have to aim for that.

The chemistry? Inside we did a lot of work trying to create chemistry between the forward players. We put a lot of work into what was going to be a system that would really fit the strengths of the players that we have, and this 3-4-3 system fits with the three central defenders that we have. They are so dominant.

Then we have real intensity on the side with Kevin O’Toole and Tayvon or Anton. And what it does is it gives us Keaton or Nico, or Maxi or Keaton, or a really offensive player and a player who will give us balance, and then the three forward players, whether it’s Héber, Talles, Gabby, Santi, Thiago. , even Mattias Peleggirini, who has been unlucky because he has been training very well, puts the players in the places where they want to be.

HRB: In the now famous team goal of 19 passes we saw a lot of confidence within the team. Even Kevin O’Toole, who until recently was at NYCFC II, was a big part of it. We saw disinterest in Maxi and Santi, who at some points in the season probably would have held on to the ball a little more because they wanted to do a little more on their own. Instead, they’re trusting each other and the team in a way that feels fresh.

NORTH CAROLINA: We have worked a lot as a coaching staff with the forward players to try to generate chemistry. When I watch games like Charlotte at home, DC’s home game, we criticize the team for not playing smoothly and not playing with a real relationship between the forward players. Not making selfless runs and always wanting the ball to reach their feet so they can do what they want. We worked a lot on that, we asked the players to work together. There was a lot of work in the training field, a lot of work in the video room.

In the end, you become accountable as a coach and as a team, you become accountable to the guys that you have there. We are very lucky with people like Santi, Gabby, Héber, Talles, Maxi, the guys have really embraced it. Those guys have worked a lot with each other away from the coaches, having arguments. Maxi is giving his experience, the youngsters give what they think is correct, of course they have a lot of enthusiasm and freshness that they want to contribute.

I think Santi and Gabby have really built a relationship and that feeds everyone else. They are so technical and so dynamic. Miami’s goal is a true recognition of the work they have done as individuals.

HRB: Back to what you were talking about with the ups and downs. The successes this team has experienced with you as head coach have been close, close games that NYCFC were underdogs to win: Dallas, Red Bulls. Highs early in the season were big touchdowns at home at Yankee Stadium. Are you a head coach who accepts the challenges of these difficult games?

This is not an excuse, and I will never make excuses, but I think it’s easier to play seven straight home games at Citi Field and Yankee Stadium with the atmosphere. Statistically, we have a better chance of winning those games than in Dallas and Red Bull. I think the objective is that we can face any moment.

The long-term goal is to be dominant away from home. I came from Manchester and watched them evolve into a team that can dominate the ball wherever they go. That has to be our goal.

I think sometimes we are too pragmatic. We go and play one more defensive player, or we wouldn’t really let go of our players. Now I think we have to aim to go and play fluid attacking football wherever we go, understanding that this league is set up not to have this gap between teams. You cannot be Manchester City and go to play with the confidence that you are going to win. Here anyone can beat anyone. The league is set up like this. That’s why the rules are there. So it comes down to how well managed the team is, the mentality of the team and the form of the team. That’s what’s going to build the confidence that you can go to Dallas and dominate the ball, go to Red Bull and play football consistently against that team, no matter how hard the pressure people say, how unbelievable the pressure people say. Our football is amazing, so we can go play against them.

That’s where we have to aim. We have to be consistent in our possession of the ball, in our offensive stats, and then we can get consistent wins and finish on top of the East.

HRB: Last question, and it’s a bit of stuck journalism. At Backheeled.com, Justin Egan ranked the fashion sense of all the head coaches in the playoffs and you came in last.

NORTH CAROLINA: I did? How nice.

I’m fine with that though, because the last thing I think about is what I’m going to wear. There are so many more important things to think about when I go to Montreal than whether I’m going to look good.