Why is the SF HS soccer playoffs on Thursday afternoons? 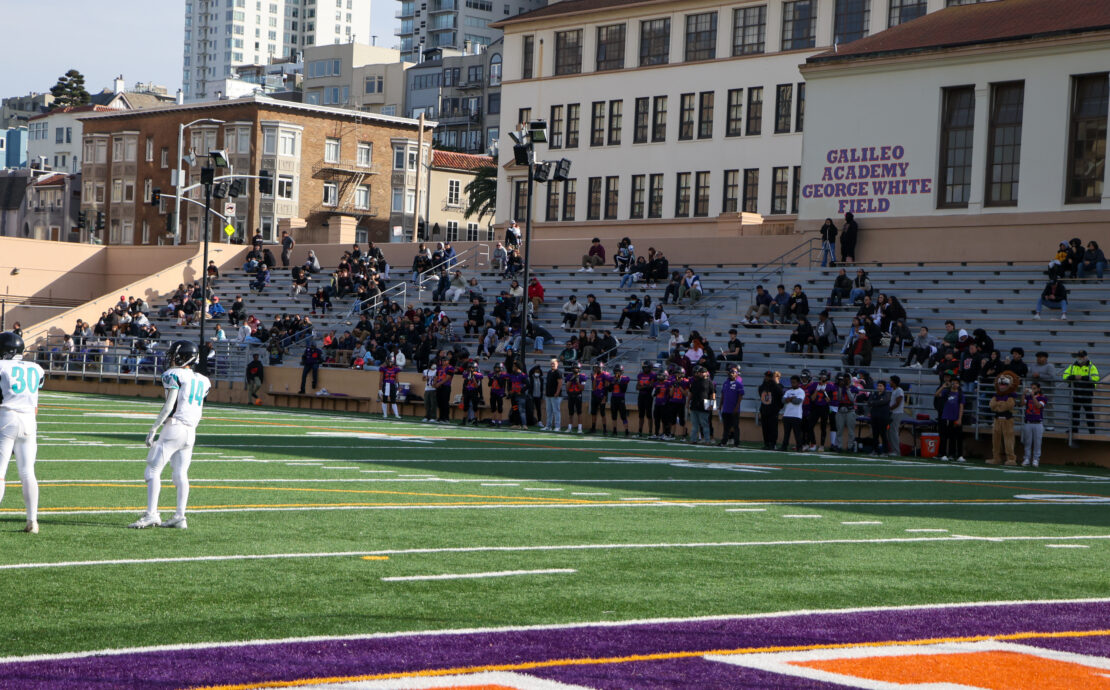 Unlike most of their Bay Area counterparts, San Francisco public school athletes will not be allowed to play postseason football games in front of sellout crowds on Friday night.

Weekday afternoon kickoffs are detrimental to attendance for every possible demographic. Students don’t get out of class until 3:40 at the earliest, and parents who have typical 9-5 jobs have to leave the office early to see their kids on the field.

“It’s pretty frustrating,” said Washington quarterback James Mertz, whose Eagles finished second in the league and will be making their first playoff appearance since 2015.

So why don’t the games start later?

The simple answer is that none of the SFUSD schools have proper stadium lights, and after daylight saving time ends, afternoon games start at 1:30 to ensure completion with enough daylight.

“We used to kick off the season finale games at 2 p.m., but we came close,” said former AAA commissioner Don Collins, who built the 2022 schedule as one of his last acts before retiring. “Games are taking longer with teams going more, and if you have something like a long injury delay, you’re really racing against the clock.”

A 2019 semifinal between Mission and Balboa that began at 2 p.m. barely ended before darkness consumed the field after 25 penalties that stretched play well past three hours.

As for playing Thursday instead of Friday, the championship game has been played on Thanksgiving since its inception in 1924, and has long been known as the Turkey Day Game. While state rules prohibit teams from playing more than twice in eight days, AAA requires teams to take five days off between games. With those stricter guidelines, the semifinals are played on Thursday to leave Friday as a contingency day, in case a game has to be postponed for something like poor field conditions or doesn’t finish before nightfall.

“Having lights would make things a lot easier,” Washington head coach Mike Ramos said. “We would have more practice time and bring in money with better crowds, and it would give the kids something to do on Friday nights. Our basketball games start later (usually 5:30) and attract a much larger crowd, plus players can do some of their homework beforehand.”

Play times aren’t the only challenge for schools without lights. Senate Bill 328, which prohibits high schools from starting school before 8:30 am, went into effect statewide this year. Also, practices cannot start until at least 3:40. In Washington, players typically arrive in the locker room at 4 and take the field around 4:15.

“Everything is very condensed this time of year,” Ramos said. “Since the clocks changed, we have been out on the field for a maximum of 90 minutes. Some things we want to repeat six times, we can only do once or twice. If the guys have questions, I tell them to ask me in the locker room later.”

Galileo is the only school in the district with any kind of field lighting, and those don’t illuminate a space high enough above the field to allow players to follow a kickoff or airborne punt. St. Ignatius is the only school with permanent lighting in the entire city, and those lights were only installed after years of disputes with neighbors. The only other venue that can host night soccer games is Kezar, which serves as the home field for both the Mission and Sacred Heart Cathedral. Kezar hosted semifinal doubleheaders for a few years during the 2000s, but it was not financially viable to continue.

Other AAA teams used to occasionally play home games in Kezar. The venue was the longtime host of the annual Lowell and Washington Battle of the Birds, but that game was moved to local sites and played during the day after years of low attendance.

Early starts also mean students have to miss class time, but that is common at all schools. Even at schools that have lights, junior varsity soccer players have to leave class early on game days with kickoffs at 4:00 p.m. or 4:30 p.m. Early dismissal from classes is also common for spring sports athletes; very few high school ball fields have lights.

Playing on Thanksgiving has its own set of drawbacks, but the tradition that comes with it makes up for the headaches.

“It’s unreal,” Lincoln head coach Phil Ferrigno said. “I have been lucky enough to be there many times. With the history of San Francisco and the history of Kezar, it’s a really special opportunity.”

While family football games in the backyard or at a local park are common on Thanksgiving, actually high school games on the holidays are a tradition that has fallen by the wayside in many other cities. Burlingame and San Mateo used to play their annual Little Big Game on Thanksgiving, but when the end of November was dedicated to playoff games, the rivalry moved to the final week of the regular season, one of the first two weeks. weeks of November. One of the latest holdouts was the Big Bone Game between San Jose and Lincoln-San Jose, a game that continued on the Thursday morning special through 2019. Even that game was eventually moved to Labor Day week for fans to teams could compete. in the postseason.

In fact, it leaves San Francisco’s championship game as the only Thanksgiving high school football game in the state, but the games played to earn the right to compete on the big stage will likely be played in stadiums almost empty.